“Murder Among the Mormons” plays out, for the most part, like a straightforward whodunnit.

On the morning of Oct. 15, 1985, a homemade bomb went off at the Judge Building in downtown Salt Lake City and killed financial consultant Steve Christensen, who collected historic documents. A short time later, a second bomb went off in Holladay, killing Kathy Sheets, the wife of Christensen’s former boss.

A day later, a bomb went off in a car parked in downtown Salt Lake City, seriously injuring document dealer Mark Hofmann and setting off an investigation that lasted more than a year.

But the three-part series, which starts streaming Wednesday, March 3, on Netflix, is not just another true-crime tale — because the story is so intertwined with Utah culture and The Church of Jesus Christ of Latter-day Saints.

“It is a story that happened to take place in a relatively small town whereby a human was able to utilize the culture in order to perpetrate his crimes,” said filmmaker Tyler Measom.

Decades later, the bombings and their backstory still hang over Salt Lake City and the LDS Church like a dark legend.

Hess (“Napoleon Dynamite”) partnered with Measom (“An Honest Liar”) as directors/executive producers of the documentary, which they constructed as a mystery — even though it was resolved in 1987 and a quick search on Google or the archives of The Salt Lake Tribune will tell you the details. (Warning: “Spoilers” ahead.)

But they’re convinced that most people, even in Utah, don’t know what actually happened.

“I’m frankly shocked at how few people even in this state know,” said Measom, who estimated that 10% of the people he told about the documentary while he was working on it were familiar with the story. “So I think when it comes out, there’s going to be a surprised Utah.”

“It’s kind of lived in this weird, semimythological space,” Hess said. ” … And it was such an isolated, regional story. It ran the news cycle nationally and then it kind of came and went.”

The narrative strives “to keep as many secrets as we could, as long as we could,” Measom said. “We try to tell the story in the way it was revealed to the people who lived it.”

“And then when the bombs went off — really put the viewer in the position of how these people were experiencing it in 1985,” Hess added. 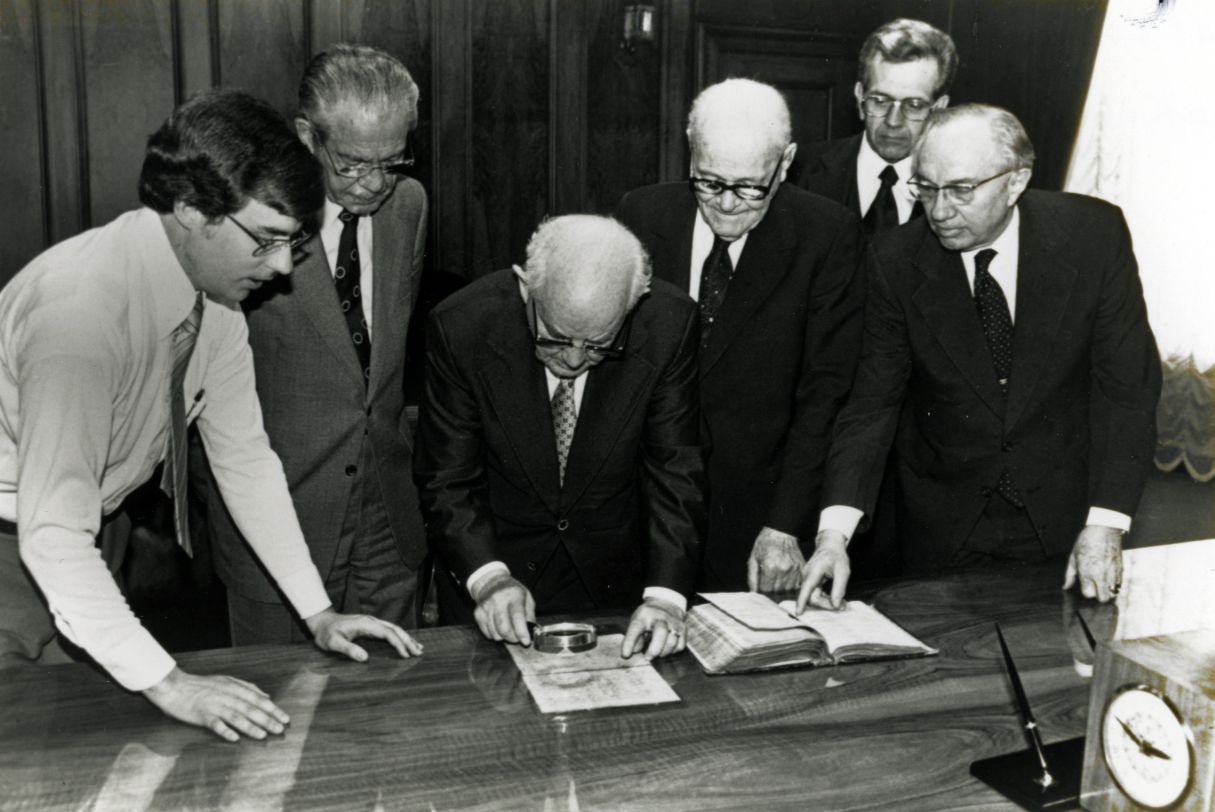 One of the major challenges of “Murder Among the Mormons” is that most Netflix viewers aren’t Latter-day Saints and don’t know much about the church or the culture that surrounds it — which is integral to the mystery of the historic documents tied to the bombings.

“The feedback we kept getting from people” who saw early cuts of the documentary “was, ‘I don’t know anything about Mormonism. I need more,’” Hess said.

The filmmakers had to “kind of educate the viewers on the founding tenets of the faith and the origin stories of Mormonism — enough to kind of understand that when the Salamander Letter came to light, how is this really kind of completely told a different story.”

The letter purported to reveal that a magical salamander guided church founder Joseph Smith to the golden plates that faithful church members believe were translated into the Book of Mormon.

It’s a shocking contrast to the faith’s orthodox account, which says the angel Moroni appeared to Smith and led him to the golden plates.

For a lot of viewers, both in and out of the church, the salamander story is going to be hard to wrap their heads around. To give viewers context, the documentary includes excerpts from old church films — incredibly cheesy by 2021 standards — about the official version of Smith’s First Vision.

Hess and Measom wanted “to make sure we were communicating enough information so [viewers] could understand what a disruption the Salamander Letter was within the community,” Hess said.

“You go from familiar terms like God and angels to folk magic and salamanders,” he said. “I think for faithful Christians, that’s a big, big leap.”

Hofmann claimed he’d found the Salamander Letter and later sold it to Christensen, a faithful Latter-day Saint who planned to donate it to the church.

Measom and Hess, who live in Utah, recognize that anything that touches on the LDS Church is going to be sensitive. And “Murder Among the Mormons” is about not just church members, but also high-ranking leaders.

Gordon B. Hinckley — who was second counselor in the church’s First Presidency at the time, and went on to become church president in 1995 — unknowingly bought forged historic documents from Hofmann before the bombings.

Those who defend and those who question the church’s motives are given voice; there was a perception that the church was buying controversial documents to hide them.

“I think that there will be some preconceived notions about this documentary,” Measom said. “That it is an attack or smear on the church, or that it’s a puff piece for the church. And Jared and I walked that line very carefully.”

(Hess is a member of the LDS Church; Measom was raised a member, but left the church years ago.)

“I think the church made it their duty over the years to collect and own their history, no matter what it is,” Hess said. “And, as we spoke with people directly involved, they want to get the material and research it to find out the context before they would bring it out into the public.

“But from a different perspective, that looks like, ‘Oh, wow, you’re buying stuff so that you can bury this controversial past. There’s definitely two sides to it, and we touch on both.”

[Read more: After Hofmann forgeries, a ‘revolution’ in LDS Church approach to history]

But Hess, at least, isn’t buying into dark motives on the part of church leaders. And with documents at the heart of this story later exposed as forgeries, he isn’t swayed by questions about how LDS Church leaders like Hinckley, who faithful church members believe to be “prophets, seers and revelators,” could have been fooled.

“The church is completely vindicated” of any connection to any crimes, he points out.

“I think when people are in these high stress situations where they’re trying to get their bearings of what’s going on, it’s like, yeah, people make mistakes,” Hess said. “But at the end of the day, we’re all human. We’re all vulnerable to deception.” 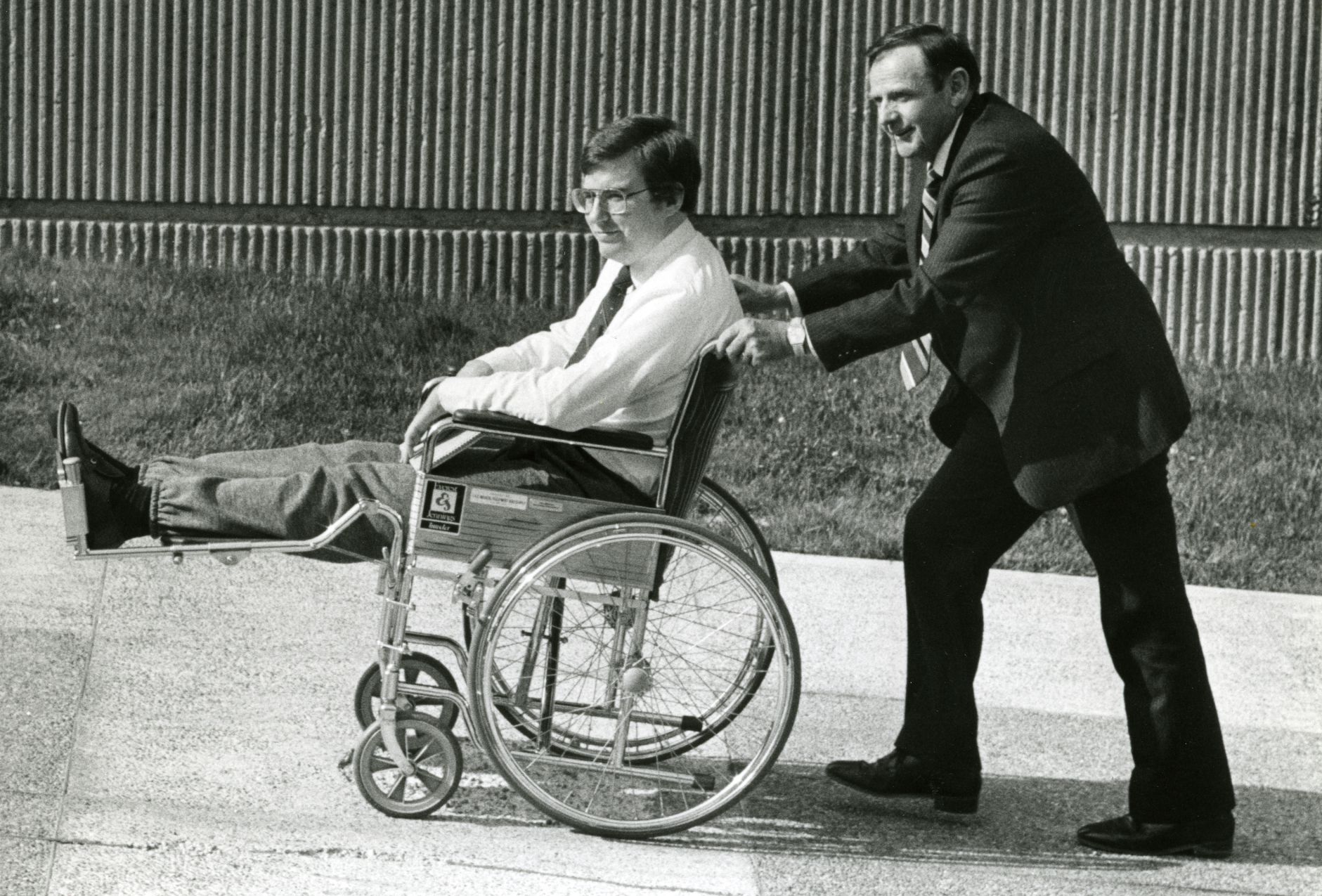 Tribune file photo
Mark Hofmann being pushed in wheel chair by his father.

The two Utah filmmakers pitched “Murder Among the Mormons” to Netflix as a six-hour documentary, but were “forced to make some choices” when Netflix wanted it done in three hours. In the end, that focus “actually helped the storytelling,” Hess said.

“This story spans six years of crimes where almost every transaction that Hofmann made was a felony,” he said. But “we only cover a smattering of the people that were fooled” by him, Measom added.

“Murder Among the Mormons” details how investigators fought long odds and “experts,” who turned out to be wrong, to bring Hofmann to justice.

He didn’t go to jail right after the bombings — that took more than a year. There were multiple roadblocks and, indeed, he almost got away with it.

Hess and Measom interviewed many of those who were either caught up in or investigated the crimes: Shannon Flynn, a close associate of Hofmann; prosecutor Gerry D’Elia; historic documents dealer Brent Ashworth; Hofmann’s ex-wife, Dorie Olds; Randy Rigby, the former president of the Utah Jazz (and, before that, the general manager of KJZZ-Ch. 14) who was Christensen’s business partner and one of the first people on the scene when the first bomb went off — just to name a few.

They sifted through an enormous number of documents related to the case. They got access to decades-old prison interviews with Hofmann, who declined their repeated interview requests. They acquired Hofmann home movies.

“The amount of archival materials that we had after four years of searching intently was quite astounding,” Measom said.

There are some chilling crime-scene photos that show the bodies of Christensen and Sheets, which came from the files of the late Ken Farnsworth, one of the Salt Lake City detectives who investigated the case and kept more than two dozen boxes of materials.

“He kept everything, every piece of paper,” Measom said. “Every scrap he had, every note, every letter he wrote, every call. And he had some photos that have never been seen. Many of them are horrific, and we elected not to include those.” 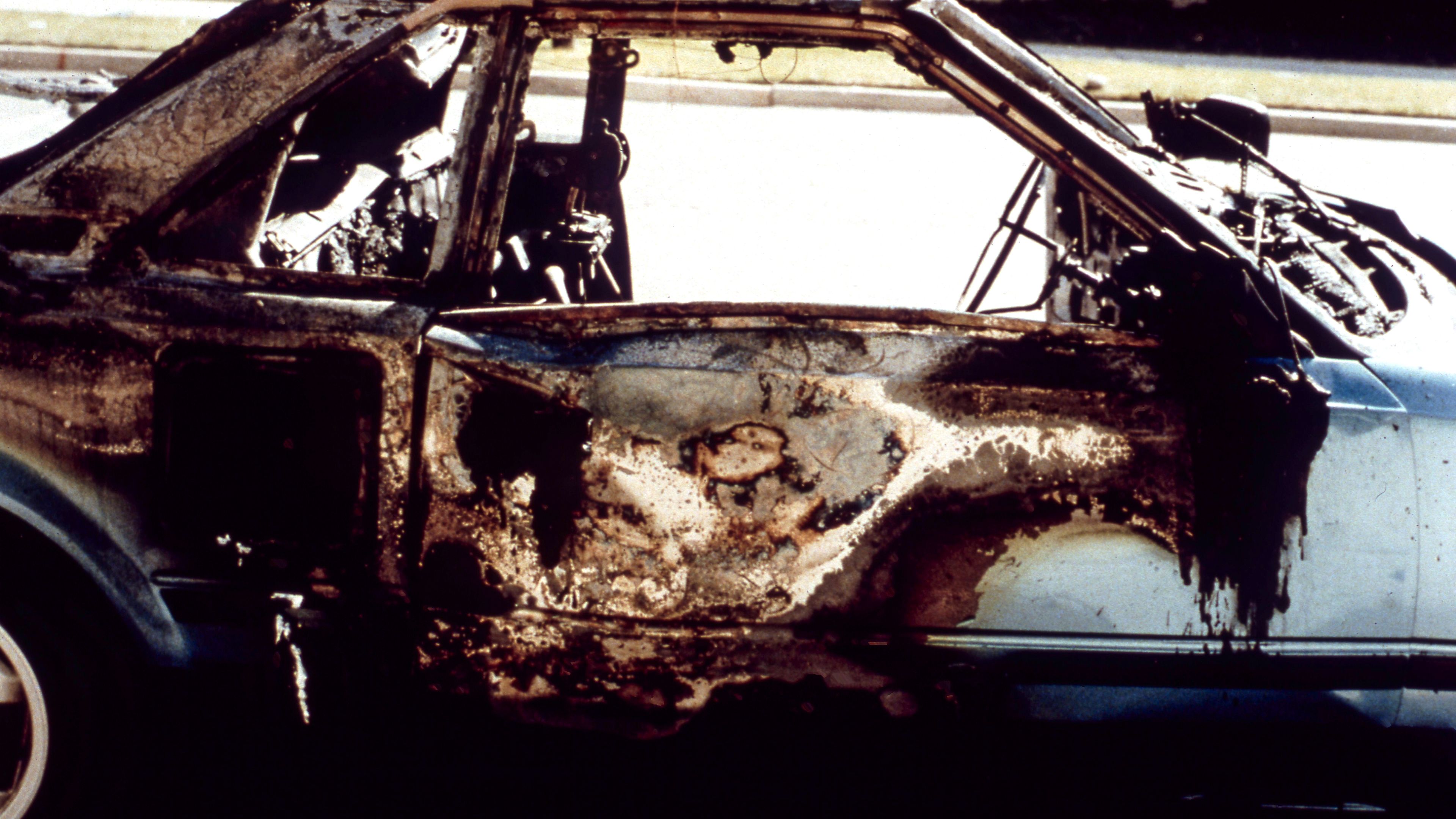 (Photo courtesy of Netflix) Mark Hofmann’s car after a bomb went off. (Netflix/)

‘This happened just down the street’

The idea for the documentary was sparked five years ago, when Doug Fabrizio — the host of KUER’s “Radio West” — gave Measom a book about the crimes and suggested he make a film. Measom read it and jumped in.

Hess heard about Measom’s plans; the two had lunch; and they decided to team up. “The stars kind of aligned for it,” Measom said.

Hess said he’s always been interested in the story because he’s “a big Mormon history buff. And this story was so complex and fascinating on so many levels. And tragic.”

And this history still reverberates in Utah, he said.”It really kind of jolts you,” Hess said. “Like, ‘Wow, this happened just down the street.’ You don’t have to look too far before you find someone that has a story directly connected to what occurred.

“… Just the other day, I met the LDS stake president in my neighborhood. And it turned out he was the young boy in Holladay that delivered the newspaper to the Sheets family on the morning that the bomb was placed.”

It’s also a story that many people have tried to tell before this, Measom said. Debris from the bombs “wasn’t even cleared by the time Hollywood was swarming, trying to make this project,” Meason said.

“I have a folder with literally dozens and dozens of companies that tried to make this story, both narrative and documentary, from the ’80s to the ’90s to now.”

When Hess and Measom began working on their documentary, they didn’t expect that it would resonate as it does in 2021.

“There’s a lot of themes within the story that I think are relevant to the current zeitgeist,” Hess said with a laugh, “just as it relates to misinformation. And, again, I think anyone is vulnerable to deception.”