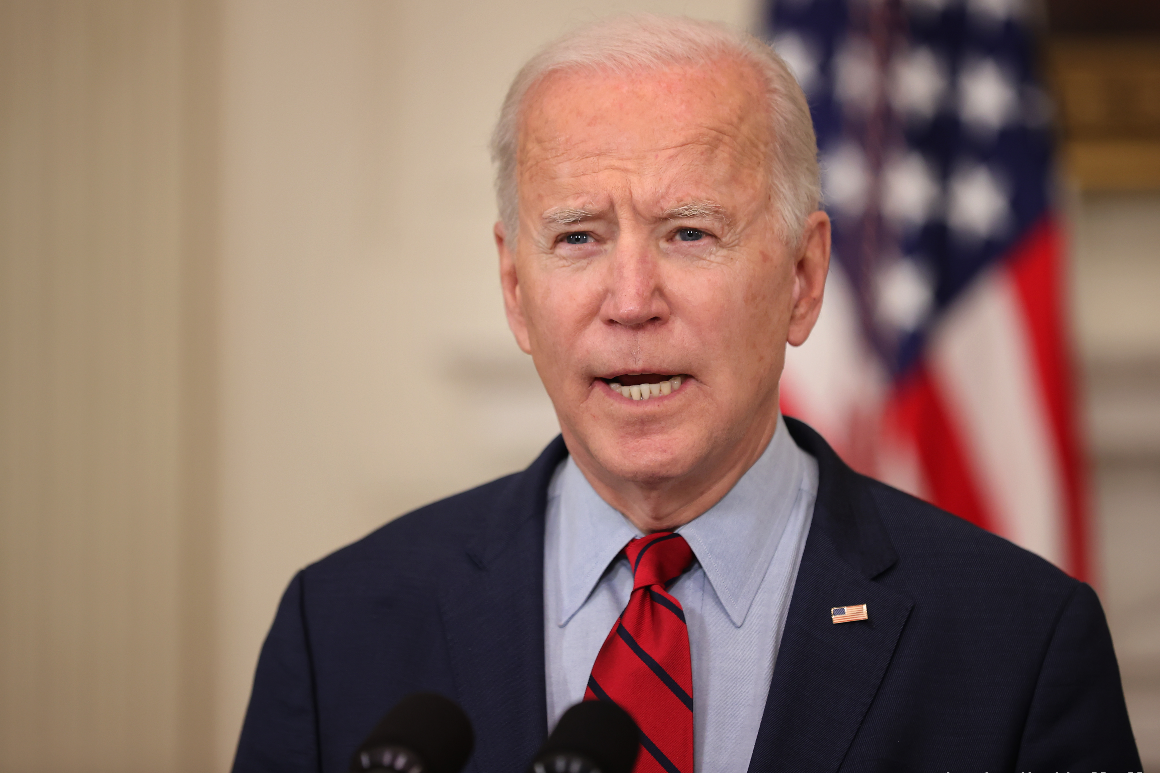 The Biden administration plans to request $715 billion for the Pentagon this coming year, a modest increase from the current level but below the level projected by the Trump administration in its final budget, according to three people familiar with the proposal.

That planned fiscal 2022 budget topline is up from the more than $704 billion allocated by lawmakers for this fiscal year. But it’s unlikely to satisfy factions of Republican defense hawks seeking to continue major increases in military spending, and progressive Democrats who want to enact steep cuts to the defense budget.

Official rollout: The White House is set to release the broad outlines of its fiscal 2022 budget submission on Friday. The proposal is limited to President Joe Biden’s discretionary spending request and will lay out proposed funding levels for federal agencies, including the Defense Department. A more detailed budget will be released later in the spring.

Pentagon spokesperson Christopher Sherwood referred questions about the topline budget number to the White House Office of Management and Budget, adding that the Pentagon “will provide additional information” once the levels are released. A spokesperson for the OMB did not immediately comment. Bloomberg first reported the planned Pentagon topline.

By the numbers: Biden has largely been expected to request a flat budget. The $715 billion level would mark a roughly 1.5 percent increase in defense spending from the current year’s level, making it effectively an inflation-adjusted budget boost.

Though a slight increase from the current level, the topline would still be less than the $722 billion forecast by the Trump administration in its final budget submission. The shift would force several billion dollars in cuts from what Pentagon budgeteers had anticipated requesting.

The total includes the base Pentagon budget, but does not include Energy Department spending on nuclear weapons.

Money to deter China, Russia: The plan falls short of the 3 to 5 percent boost GOP lawmakers are pressuring the White House to endorse. They argue the range, laid out by Pentagon leaders during the Trump administration, is what’s needed to adequately fund a military transformation to counter threats from China and Russia.

In the weeks ahead of the budget release, top Republicans have ratcheted up their offensive, warning Biden against stagnant or reduced military spending and slamming Democrats seeking defense cuts.

The top Republicans on the Senate and House Armed Services Committees, Sen. Jim Inhofe (R-Okla.) and Rep. Mike Rogers (R-Ala.), have lined up in favor of increases, while Senate Minority Leader Mitch McConnell has warned that Biden’s seriousness on countering China will be judged by how robust his military spending plan is.

Calls for cuts: Biden is also under pressure from his left to pursue aggressive cuts to the Pentagon budget and redirect the money toward diplomacy and domestic programs his party argues are more urgent.

Fifty House Democrats urged Biden in a letter last month to request a “significantly reduced” Pentagon budget, and argued the defense budget could be slashed by upwards of 10 percent without impacting national security.

Lara Seligman contributed to this report.