The mayor presented her recommended budget, which includes a general fund of just under $350 million, for the 2021-22 fiscal year Tuesday night to the City Council.

“We have the chance to make a once-in-a-generation investment in our city and its people,” Mendenhall said. “This budget begins the work of seizing this moment for our future.”

The City Council will ultimately approve the budget, after holding public hearings, before the fiscal year begins in June. The mayor is not proposing a tax increase.

The mayor’s recommended general fund spending is up about $24 million compared to last year, when the city’s elected officials cut back as they braced for economic impacts from the coronavirus pandemic. Revenues across all budget funds are now up by more than 9%, due in part to a surge of federal pandemic aid that’s on the way.

“That we are in this position after all the pivoting we did last year is remarkable,” Mendenhall said, “and it’s thanks to judicious department directors and well-run divisions that we were able to redirect and absorb many unanticipated costs.”

The city is slated to receive another $87 million from the federal government in addition to money previously issued under the Coronavirus Aid, Relief and Economic Security (CARES) Act. The mayor said she intends to use those funds to revitalize neighborhoods, businesses and cultural districts, with more details to come next month.

“Our comprehensive plan will not only take care of our city’s fiscal health and the well-being of our city family,” Mendenhall said, “it will help spark the post-pandemic renaissance.”

In response to last year’s protests and hours-long public comment periods decrying police violence and racial inequality, Mendenhall and the council formed the Commission on Racial Equity in Policing to explore the police budget and develop suggestions to improve law enforcement’s interactions with the community. 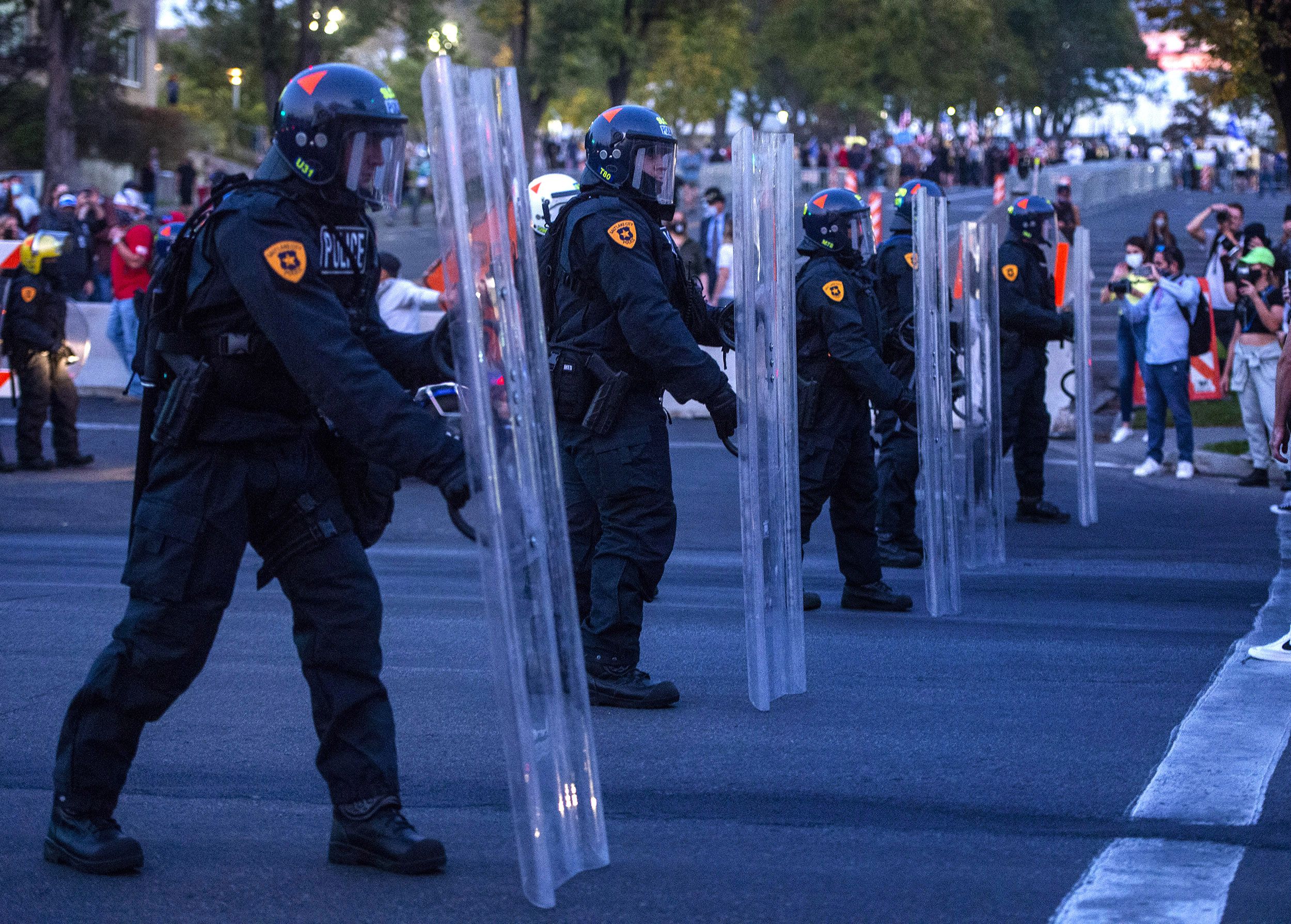 The mayor also is earmarking $200,000 for additional diversity and inclusion training for officers and $20,000 to fund peer court, which provides an alternative to the criminal justice system for youths.

“There are emergency situations where a trained mental health professional is a more appropriate first responder than a police officer,” Mendenhall said, “but right now we don’t have enough social workers to cover every shift.”

In all, the mayor’s recommendations boost the city’s police department budget by about $4.3 million, an increase of 5.4% compared to last year.

The mayor plans to make permanent the Community Commitment Program, a neighborhood cleaning and homelessness outreach effort that began last fall. Her budget includes $1 million for public safety and outreach assistance for the unsheltered.

To address the city’s housing crisis, Mendenhall said the city’s Redevelopment Agency would have $10.4 million to preserve or build 350 affordable housing units, with at least 116 rented to those making 50% or less of the area’s median income.

The dilapidated Raging Waters park, in the Glendale neighborhood, would receive $10 million to transform it into a regional park, the mayor said. 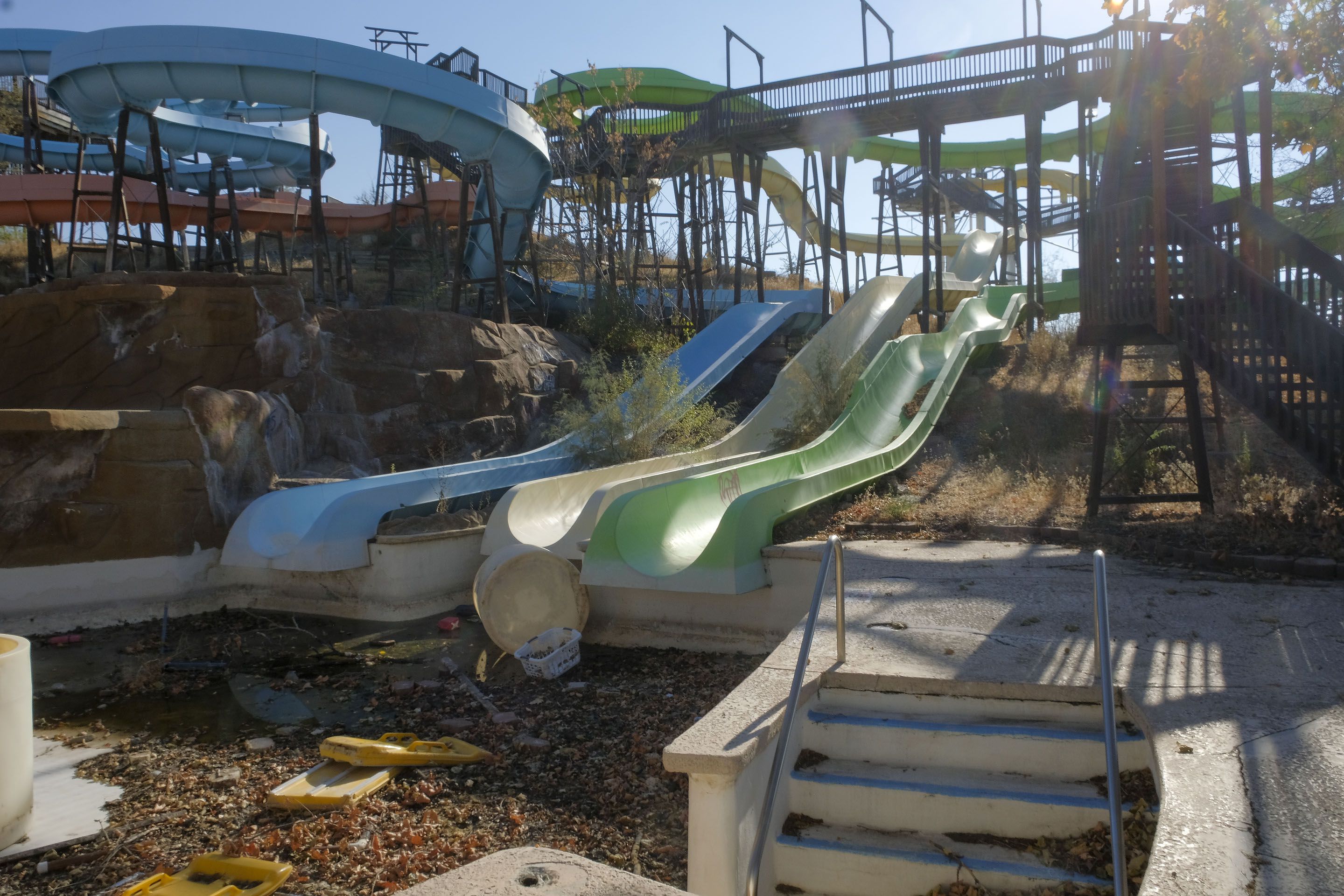 (Leah Hogsten | The Salt Lake Tribune) Oct. 29, 2020. In the 1980’s Raging Waters water park was home to the world’s third wave pool. Today the property is in such disrepair that Salt Lake City needs to disassemble it and figure out some kind of new park to replace it. Closed since 2018,vandalism and operator abandonment has left the park a liability for the city.

“It is long since time,” Mendenhall, said, “that our west-side neighborhoods have a park of the caliber of Liberty or Sugar House Park.”

The mayor would also reduce noise pollution in the area by quieting train horns and creating quiet zones at train crossings.

The mayor’s budget includes line items for clean air and the environment as well. Mendenhall plans to add more air quality monitors and a public-facing mobile app to the tune of $85,000, and $200,000 would go to the city’s renewable energy and climate equity plan.

“This climate and equity planning process will help us achieve our climate goals,” she said, “while also improving the lives of vulnerable and historically marginalized residents.”

Another $325,000 would fund a new community renewable energy program.

“This investment means that we are turning the ambition of a 100% renewable energy goal into a reality,” Mendenhall said, “with all of the legal, expert and regulatory work that it entails.”

In the year ahead, the city can also expect bigger investments in emergency management, road maintenance, trails, and improved public transportation, including micro transit, according to the mayor’s presentation.

“Through all that 2020 taught and took from us, it’s also offered us a new future,” Mendenhall said. “We are on our way with this budget and the future is bright, Salt Lake City.”

Editor’s note, 8:05 p.m. May 4: This story has been updated to correct the mayor’s proposed funding for peer court.