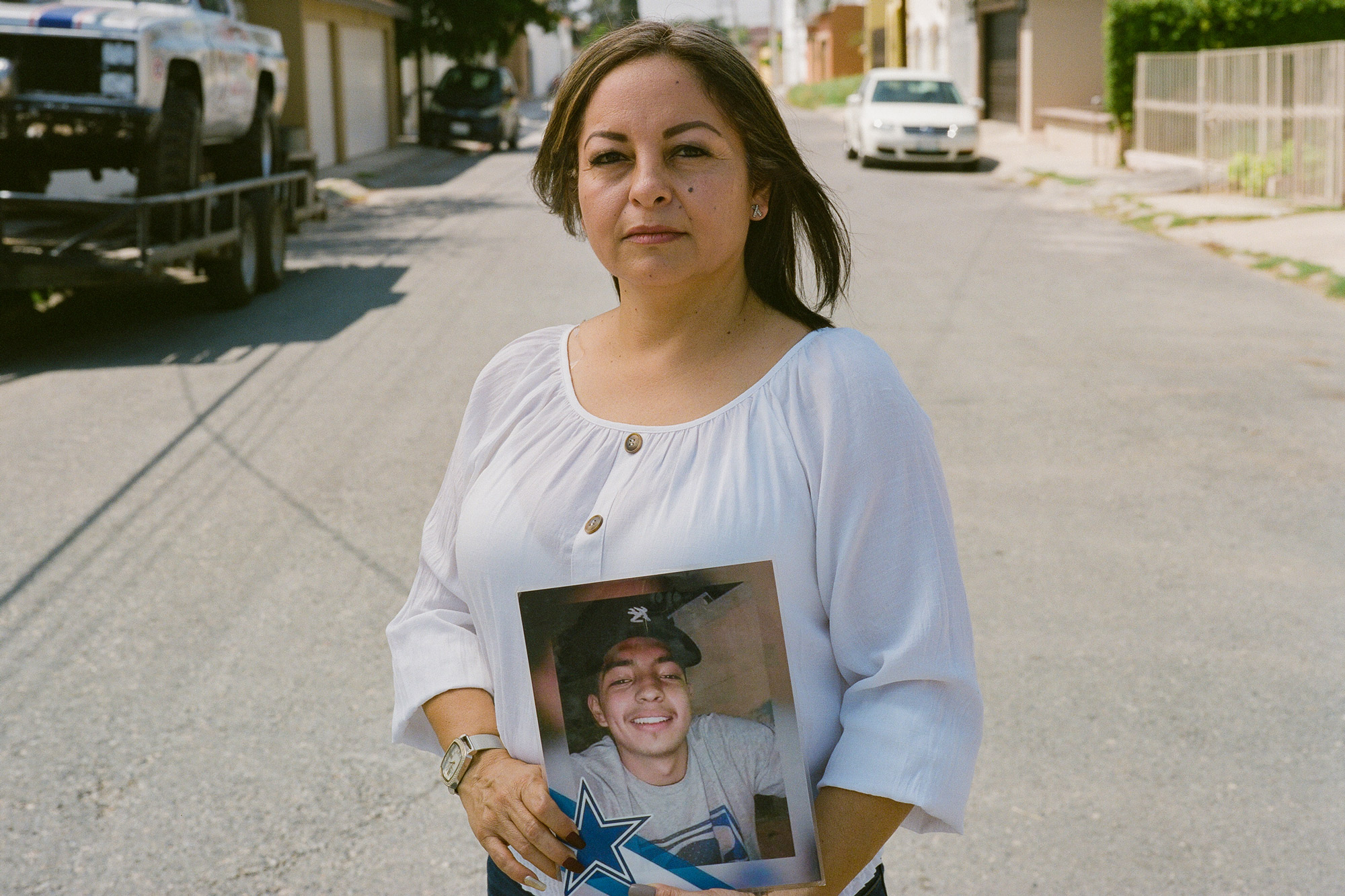 One by one, members of an elite Mexican special forces unit arrived at their headquarters in the country’s capital for what they had been told would be a secret mission.

Summoned from all over the country, the 30 marines were ordered to leave their weapons behind, unusual for some of Mexico’s most highly trained counter-cartel fighters. This was the same unit that caught drug lord Joaquin “El Chapo” Guzman. Many had already trained at American military bases, and they often worked with the DEA, FBI and CIA. But gathered at this meeting in early April, it began to dawn on the soldiers the real reason they had been called in.

They weren’t going on a mission to hunt cartel leaders. They were the targets.

The marines would soon be charged with kidnapping three men in early 2018 in the border city of Nuevo Laredo. These may be the first of many indictments stemming from that six-month deployment, which human rights activists said turned into an extrajudicial reign of terror over the city. Altogether, 257 of the marines special forces unit are suspected of kidnapping or murdering at least 49 people in the spring of 2018, some bodies found tortured and shot through the head in the desert. Others have never been seen again.

One of the disappeared, Jorge Dominguez, was a U.S. citizen, whose case was documented in December by POLITICO. He was 18, running an errand for his father, when he was snatched off the street by soldiers in military vehicles. But despite witness accounts and evidence of a slew of similar abductions, the Trump administration did not intervene on behalf of Dominguez’s family.

Instead, in a major break with precedent, the Mexican government has moved to hold its military accountable.

“I can’t think of anything near 30 arrests,” says Michael Lettieri, a senior fellow for human rights research at the University of California San Diego’s Center for U.S-Mexico Studies. “You’d have to look back to the ’90s, and there may have been some large trials at that time. But nothing as big as this.”

Mexico’s military is regularly accused of crimes, and the army has been implicated but not prosecuted in the 2014 disappearances of 43 school teachers in the city of Iguala. But soldiers are typically untouchable, and in the rare circumstance that Mexican soldiers have found themselves in court, it’s usually after intense international pressure. The same year that the Iguala teachers vanished, the army executed 22 people outside Mexico City, a case that caught the attention of the United Nations and the U.S. At that time, 81 U.S. representatives signed a letter saying the “two cases are not isolated incidents in Mexico; rather they illustrate a broader pattern of grave human rights violations in the country.” The following year, the U.S. withheld security funding to Mexico.

Last year, Mexico’s National Human Rights Commission released a damning specific report that, over 331 pages, detailed evidence and witness testimonies about the human rights abuses, as well as the Mexican navy’s effort to cover up the crimes. But the U.S. government throughout the Trump era seemed increasingly less concerned about a military unit trained with American tax dollars.

The State Department’s annual report on human rights in Mexico, a document that helps informs Congress on security funding, has said less and less over the past several years. The 2020 report, published more than six months following Mexico’s own lengthy investigation, doesn’t mention the crimes at all.

“That’s super unusual,” says Dan Mahanty, who led the State Department’s Office of Security and Human Rights until 2015. “The portfolio holder on the human rights report would have been following it—they maintain notes on all the previous drafts. Things just don’t fall off.”

It has been three years and the U.S. has still not publicly condemned one of the largest atrocities in Mexico’s recent history, perpetrated by a force that has become its favorite tool in Mexico’s drug war. So when news that Jorge Dominguez’s case was being used to charge the marines, many people were shocked, including his mother, Maria Elena Dominguez. “No one has reached out,” she told me of U.S. or Mexican officials. “I had no idea my son’s case was involved. If the government doesn’t have anything to say to me, I’ll just go over there, to Mexico City, and meet them face to face.”

But if it wasn’t U.S. pressure, then what happened to so dramatically alter the trajectory of a case that seemed like it was going nowhere?

The arrests come during one of the most uncertain moments in the modern U.S.-Mexico relationship. There were the years of former President Donald Trump’s promises to build a wall funded by Mexicans, and threats to scrap the NAFTA trade deal. In the last months of Trump’s term, the U.S. unilaterally arrested Mexico’s former defense minister in Los Angeles, the man charged with fighting the drug war, for allegedly taking bribes from a cartel. And while the DEA had collected evidence for years, Attorney General William Barr then agreed to drop the charges and return him to Mexico. Almost at the same moment, Mexico’s Congress passed a law seemingly aimed at the DEA, forcing the agency to share all intelligence with Mexican officials. To top it off, Mexican President Andrés Manuel López Obrador, or AMLO as he’s commonly known, refused to acknowledge Biden’s presidential win until mid-December, placing him in the company of Russia’s Vladimir Putin.

Given the strained relationship, the arrests could be viewed as an olive branch to a new U.S. administration. “Trump didn’t really care about oversight of human rights abuses by Mexican forces,” says Raul Benitez, a Latin American security professor at the National Autonomous University of Mexico. “But now, the Biden government may be looking with more detail toward the violations of human rights.”

But the arrests might also have a purely domestic explanation.

“One idea I’ve seen suggested is that, from the Mexican side, AMLO really doesn’t trust the navy in the same way his predecessors did,” says Duncan Tucker, who works with Amnesty International in Mexico City. Since his election, AMLO has increased the army’s power exponentially, awarding it building projects, giving it control of some ports and hospitals, granting it increased control of the border and expanding its budget. Past Mexican presidents had always favored the navy, perhaps because the U.S. also favored them. But AMLO is something of a nationalist. He may view the navy as tainted by U.S. influence, Tucker says, and so might be willing to see it punished publicly.

Mexico’s midterms are approaching in June. MORENA, the populist party AMLO founded, has tried to identify itself with the rural contingent, people from regions that also tend to live at the fronts of the cartel and military wars. “Since the beginning,” says Jorge Guajardo, a former Mexican consul general, “Lopez Obrador has tried to balance, on the one hand, being critical of the armed forces’ extrajudicial killings and, on the other hand, giving them much more power.”

If AMLO’s administration wasn’t worried about bad blood between itself and the navy, sacrificing 30 marines—though unheard of—serves as a symbol of allegiance to the army, while also signaling to his constituents that he’s not afraid to hold criminal elements in the military accountable.

As a purely domestic political play, this makes sense given the case of Julio Cesar Viramontes Arredondo. Marine special forces hit the 22-year-old’s car at an intersection in Nuevo Laredo, a seemingly random accident. He hasn’t been seen since the collision. When Mexico’s attorney general tracked his last cellphone locations, it pinged inside at least one marine base. In November last year, a judge found sufficient evidence against the marines to charge them, but released the soldiers instead. Now, five months later, this same case is one of three being used to jail the marines.

Yet even with all these sensible domestic explanations, why Dominguez’s case would be used doesn’t fit, unless the attorney general wants to present the weakest case possible and let the marines off. But if it’s a sham, why use Viramontes Arredondo’s case, or Jose Luis Bautista Carrillo’s case, who more than 100 people watched being abducted by the marines? 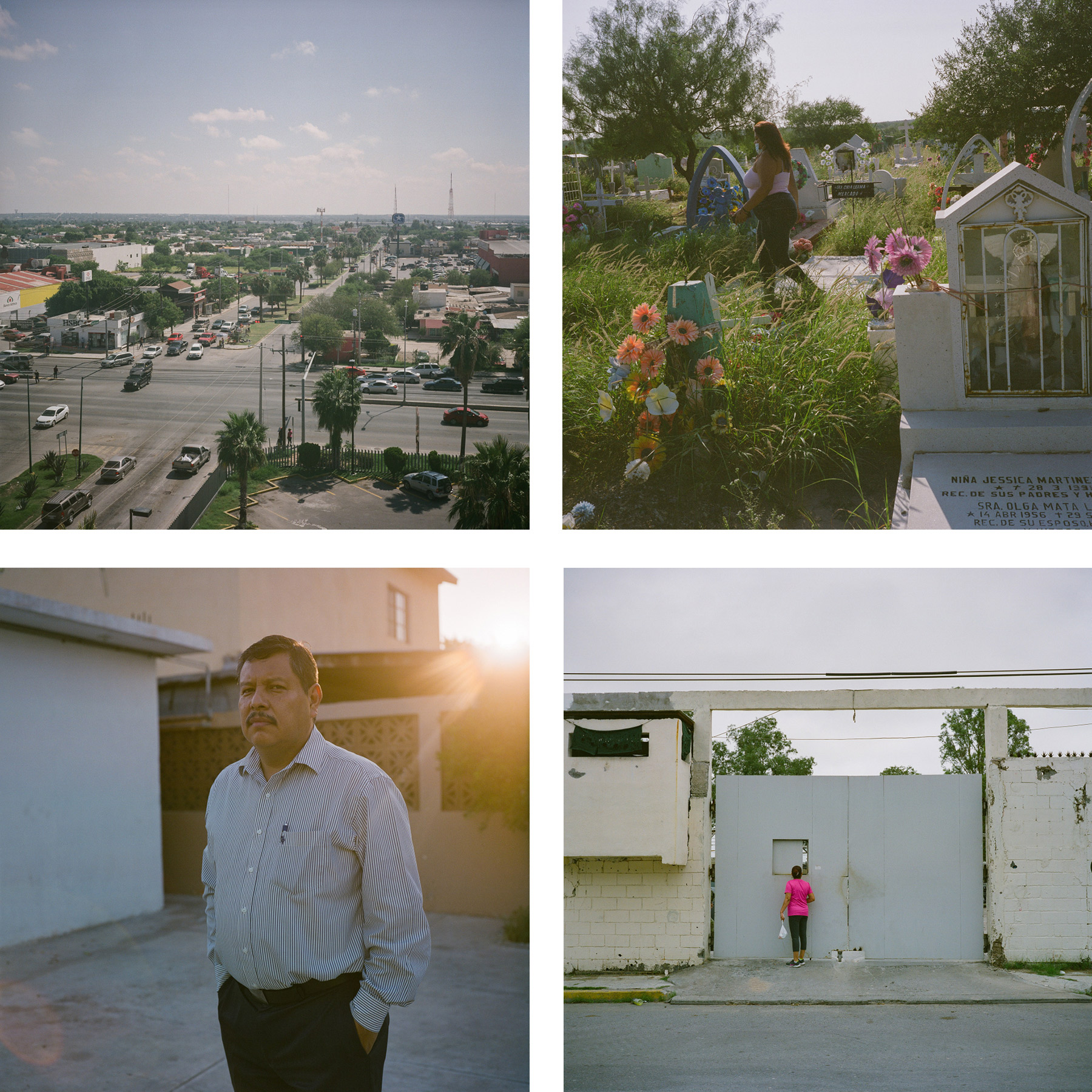 A current State Department official said that all it would take—all it would have ever taken—to raise the entire profile of the Nuevo Laredo crimes was someone in Congress, the State Department or the U.S. Embassy in Mexico City to speak up. POLITICO reached out to more than a dozen congressional offices and subcommittees, and only two responded, saying they weren’t aware of any intervention. A spokesperson at the State Department said they knew of the arrests, adding that the department has “ongoing engagement with Mexico to encourage accountability and professionalization in the security forces.”

Not that the State Department would admit to intervening, Mahanty says, “The U.S. government wouldn’t want to publicize that it was pushing a specific case, because that’s not good for U.S. diplomacy—to say they’re interfering in Mexico’s judicial process.”

Another reason to believe the U.S. may have intervened is that the navy does not appear to be defending its own personnel. Mexican journalist Jorge Medellin interviewed a family member of one of the marines, who said the navy, which might typically supply a defense attorney, has done nothing. Even with AMLO shifting priority to the army, the navy still has ties to the U.S., especially the Pentagon’s NORTHCOM. But training and funds through the Pentagon are tied to human rights vetting, so in an attempt to maintain that relationship, Mexico’s navy may have realized it has passed the point of plausible deniability.

The prosecution of 30 marines is certainly welcomed by the victim’s families. But it doesn’t necessarily signal a change of heart on the government’s end when it comes to holding the military accountable. In the past month alone, army soldiers deployed to Nuevo Laredo have been accused of beating and raping a woman, and the national guard AMLO created has killed an innocent man. Crimes like this are committed by the military constantly across Mexico.

But the difference in Nuevo Laredo is that one man, former journalist turned human rights activist Raymundo Ramos, investigates, documents and publicizes the cases. Without him, it’s almost certain the marines would never have appeared in court. The local police, federal police, even the attorney general’s office, made practically no effort to gather information other than what Ramos handed them. And now that Mexico’s attorney general’s office is reportedly bribing victim’s families to keep quiet about military abuses, it’s hard to view the marines’ arrests as anything more than an isolated—even opportunistic—act of justice. 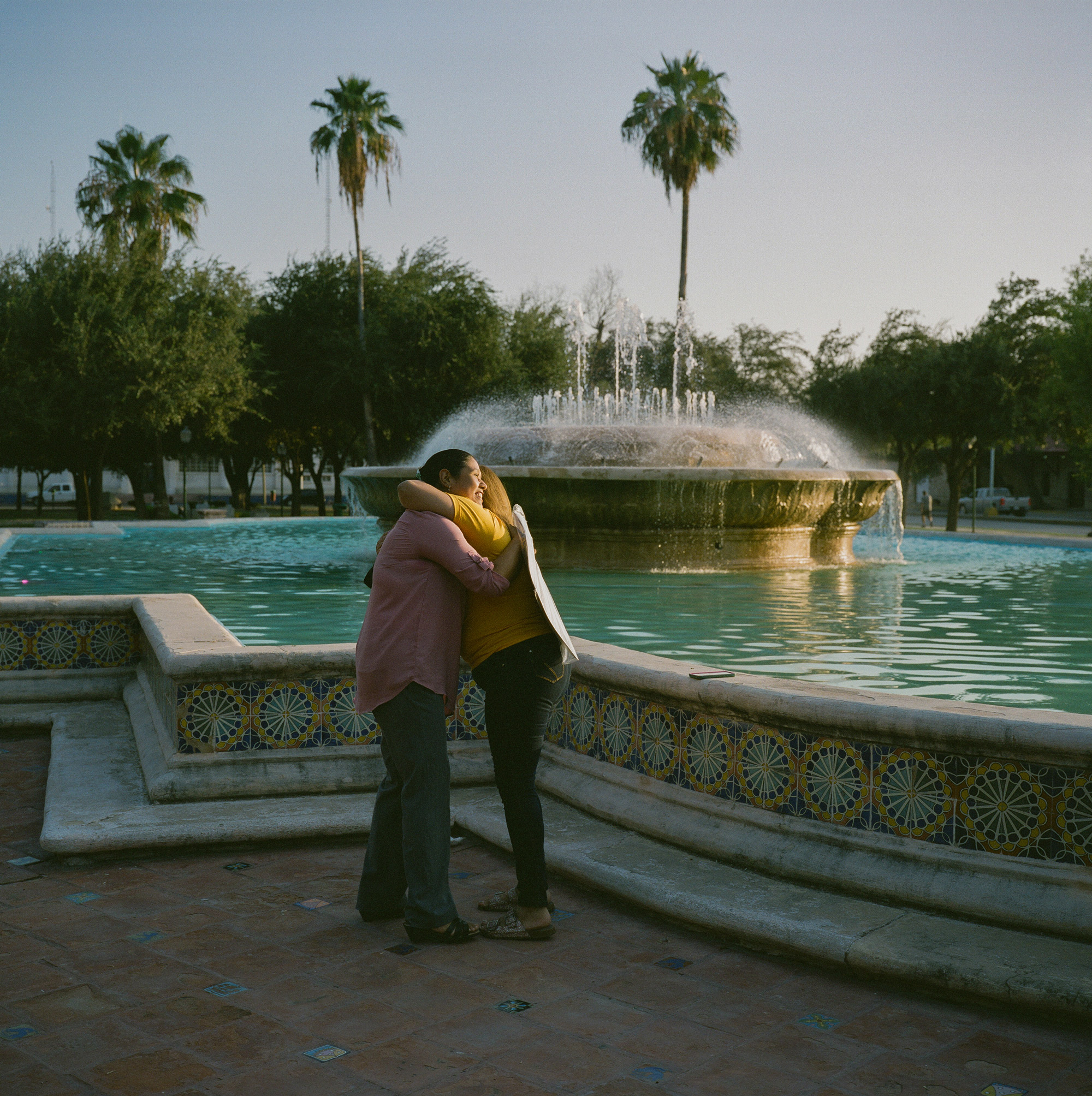 Yet what that justice will look like for the families of Nuevo Laredo’s missing is uncertain. While the 30 arrests are not insignificant, there were 257 marines deployed to the area, sharing three small barracks where some of the missing were hidden. And it seems that no high-ranking officials have been charged. The navy has even sealed the records of special forces commanders for five years, so that no one can know who was stationed where. But at least one case mentions the participation of Alfredo Reyes Mondragon, the captain who oversaw the marines in Nuevo Laredo.

“I want them all to pay for whatever they did to my son, and for my pain,” Jorge’s mother, Maria Elena Dominguez says. That her son’s case will become one of the largest trials against the Mexican military in recent history—whether for political use by the president, or at U.S. request—seems not to matter as much as learning the truth about what happened to Jorge Dominguez in the spring of 2018.