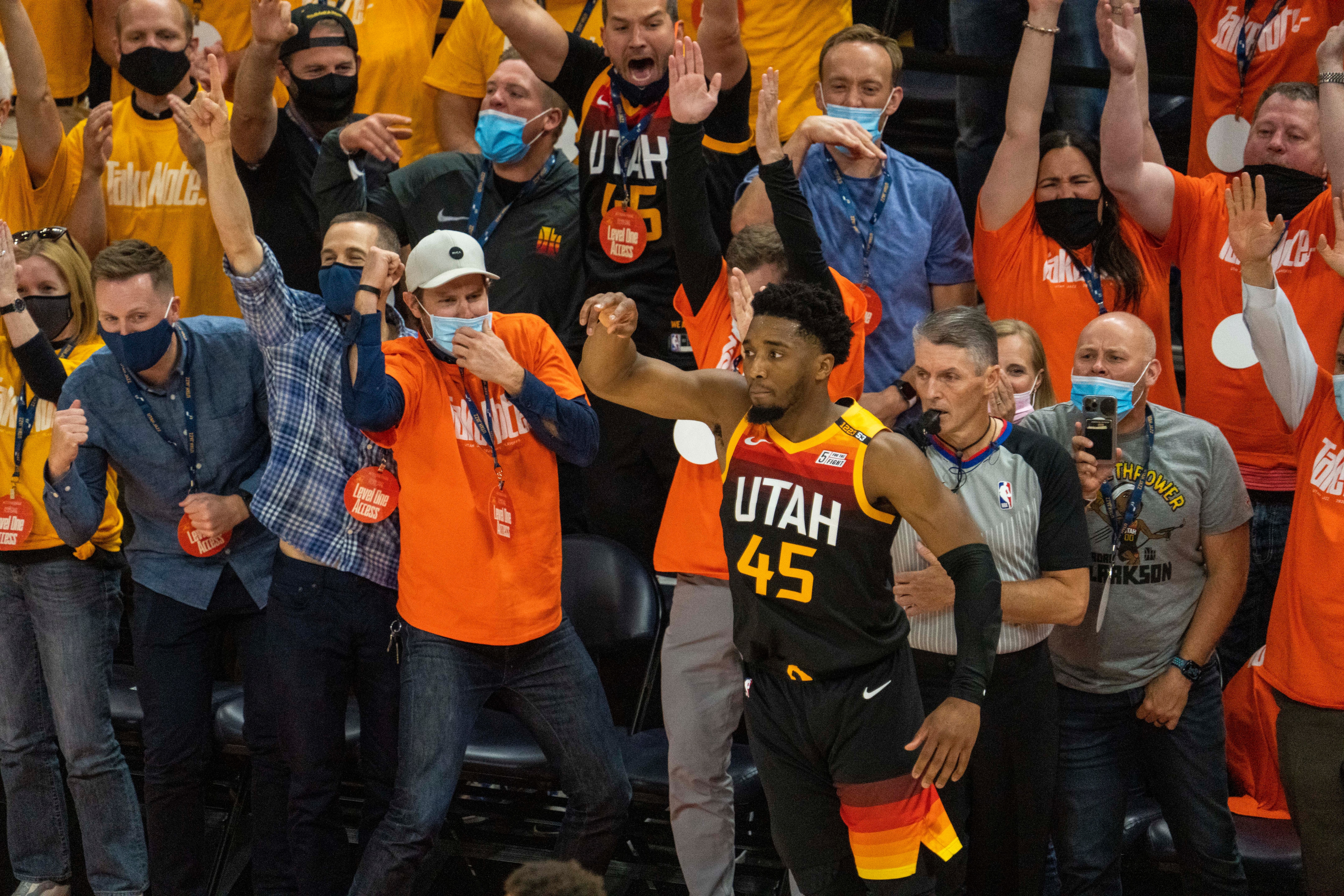 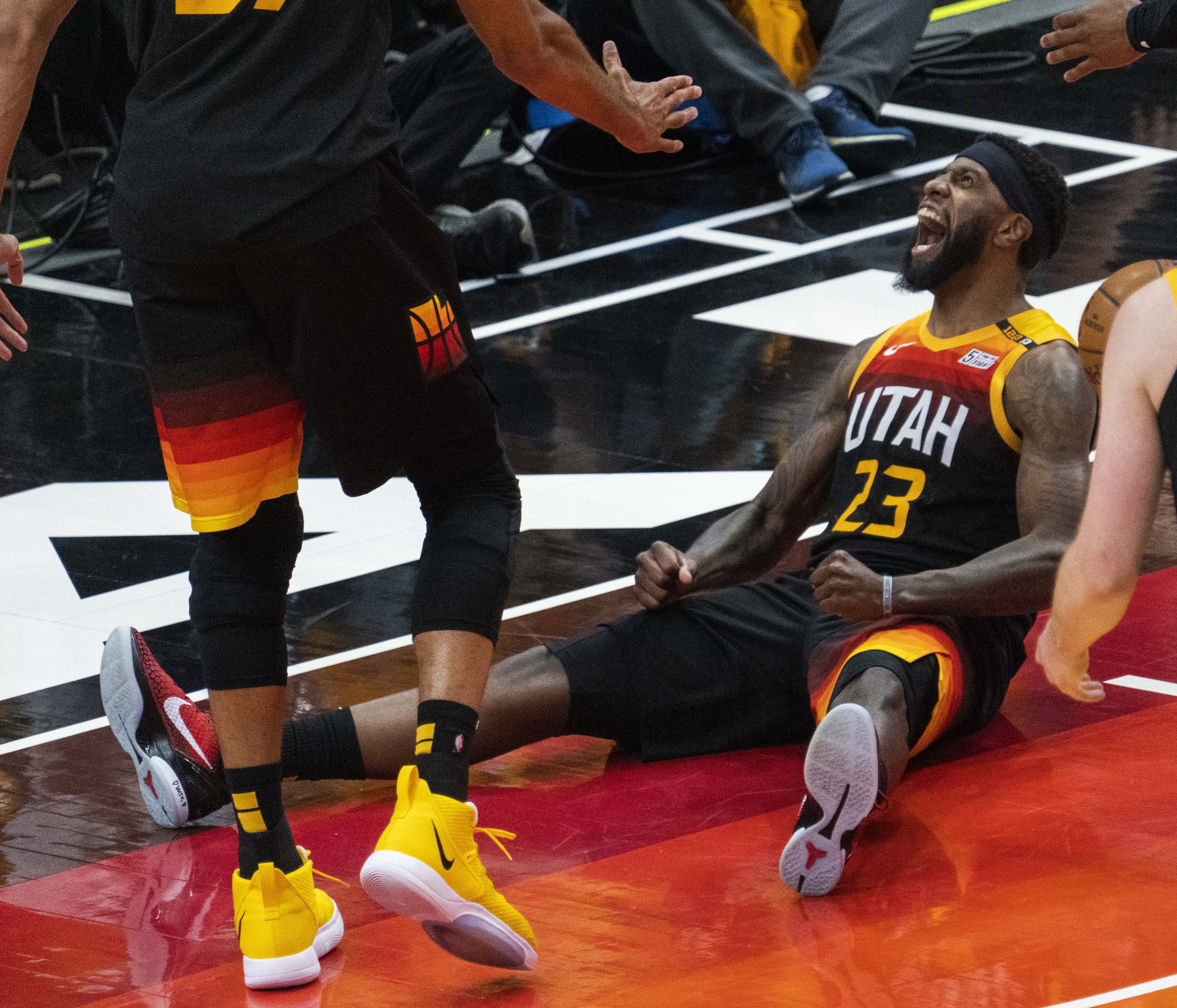 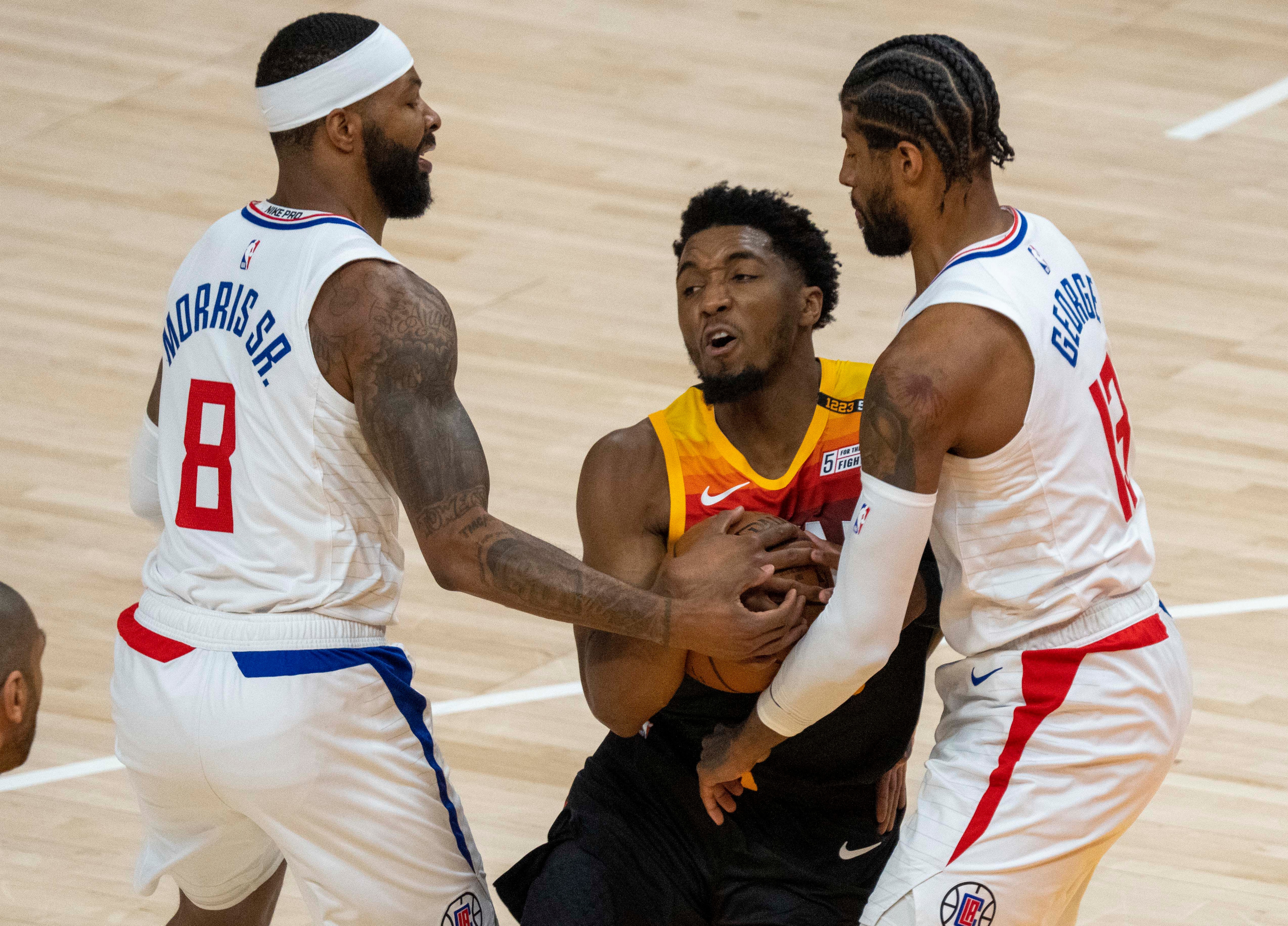 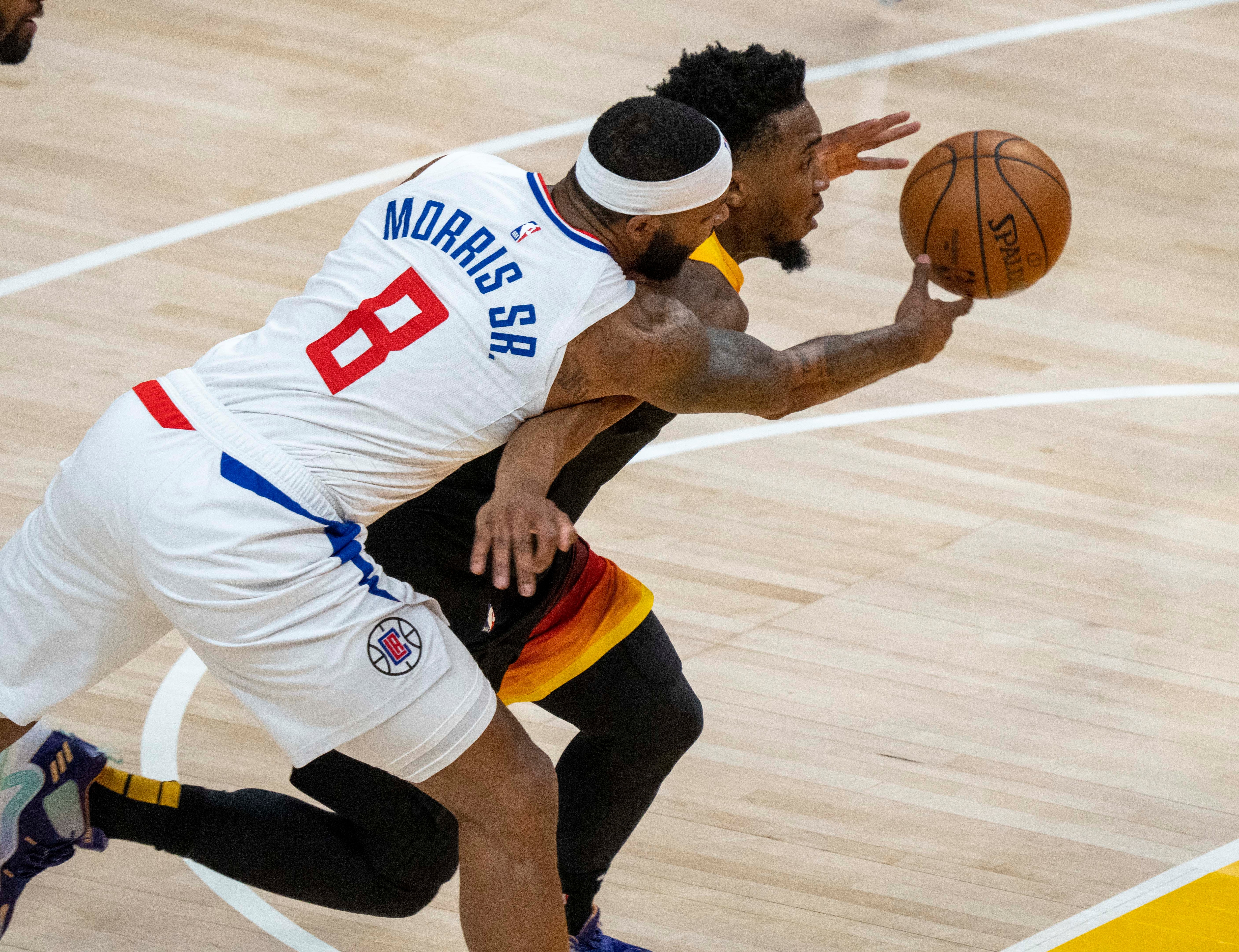 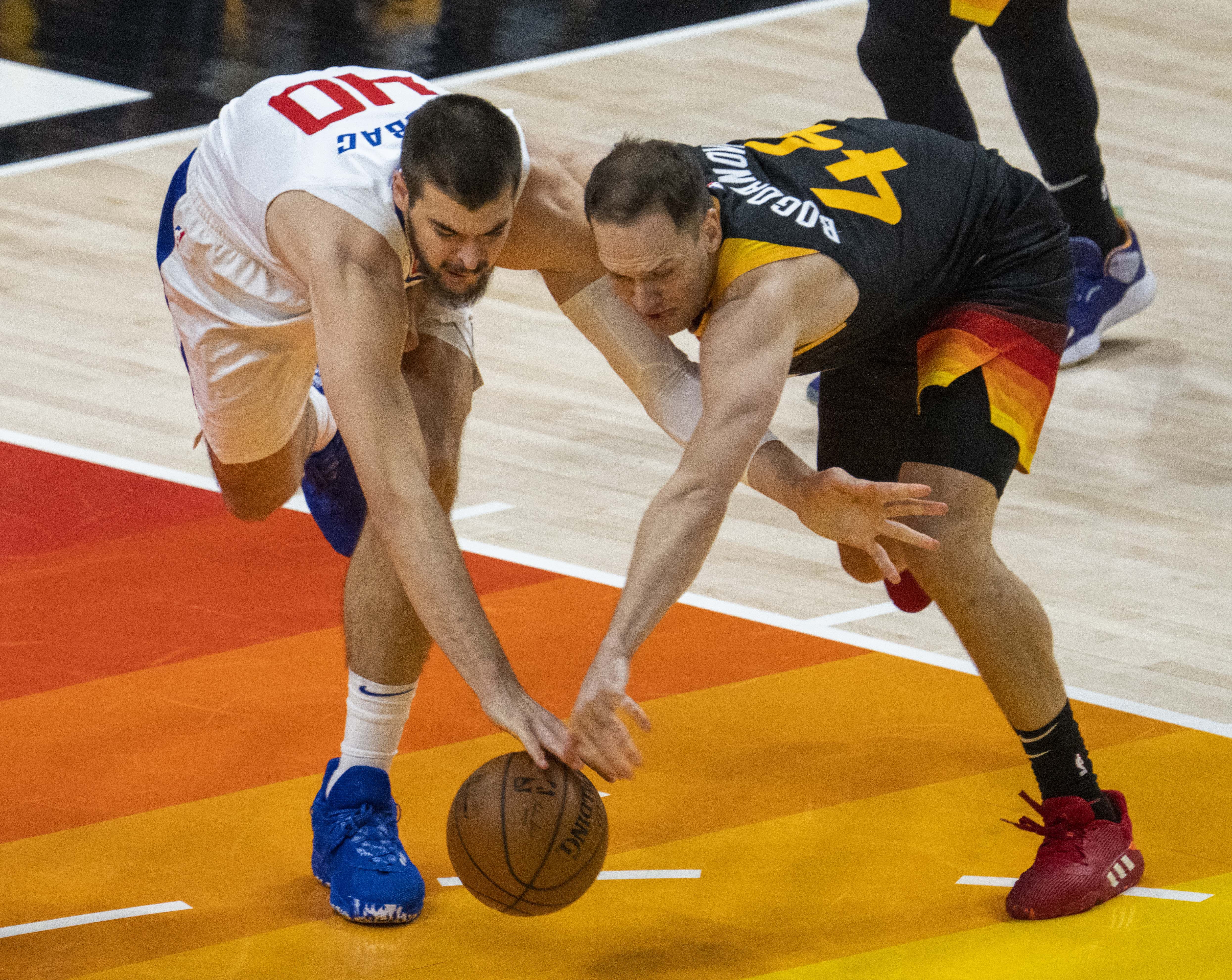 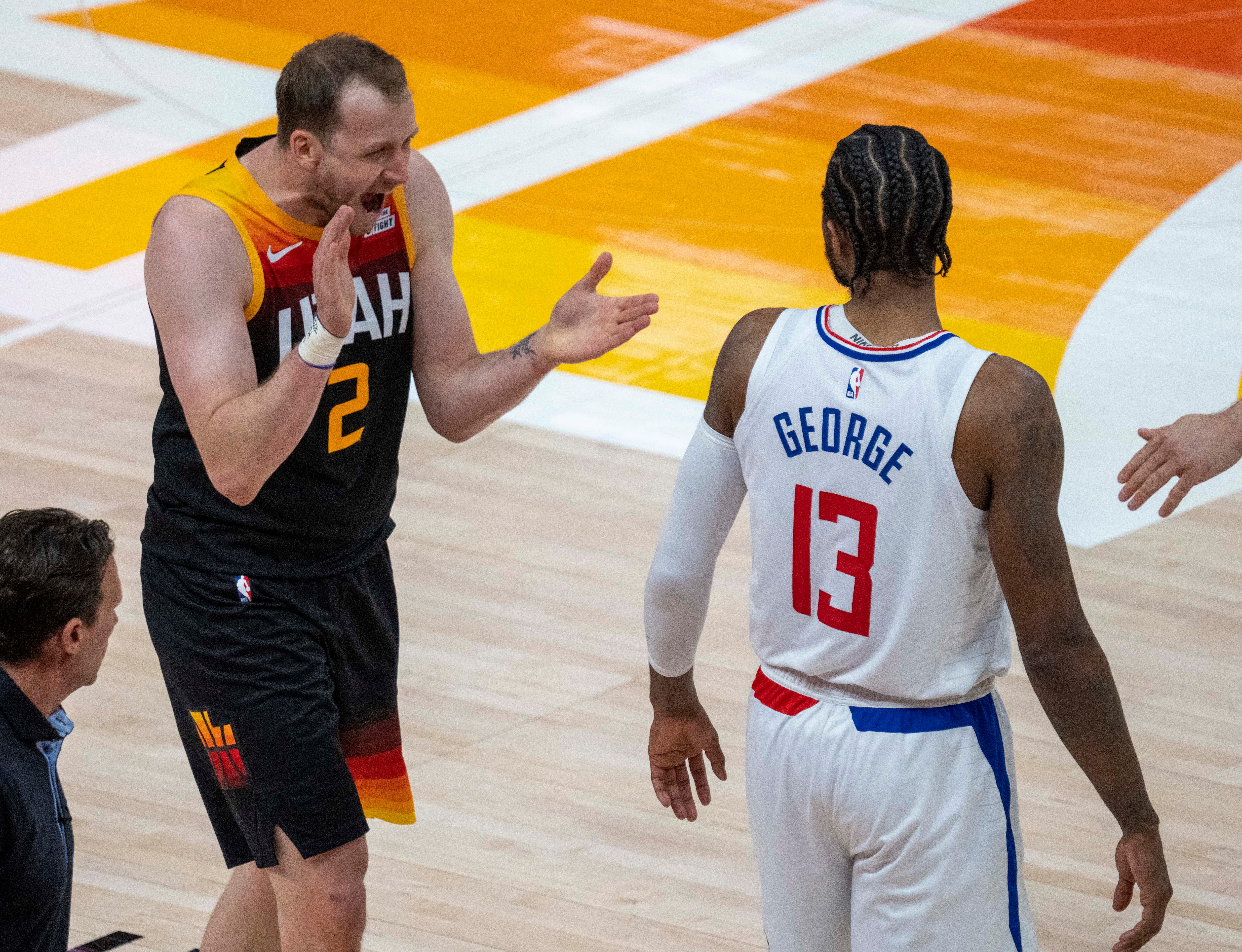 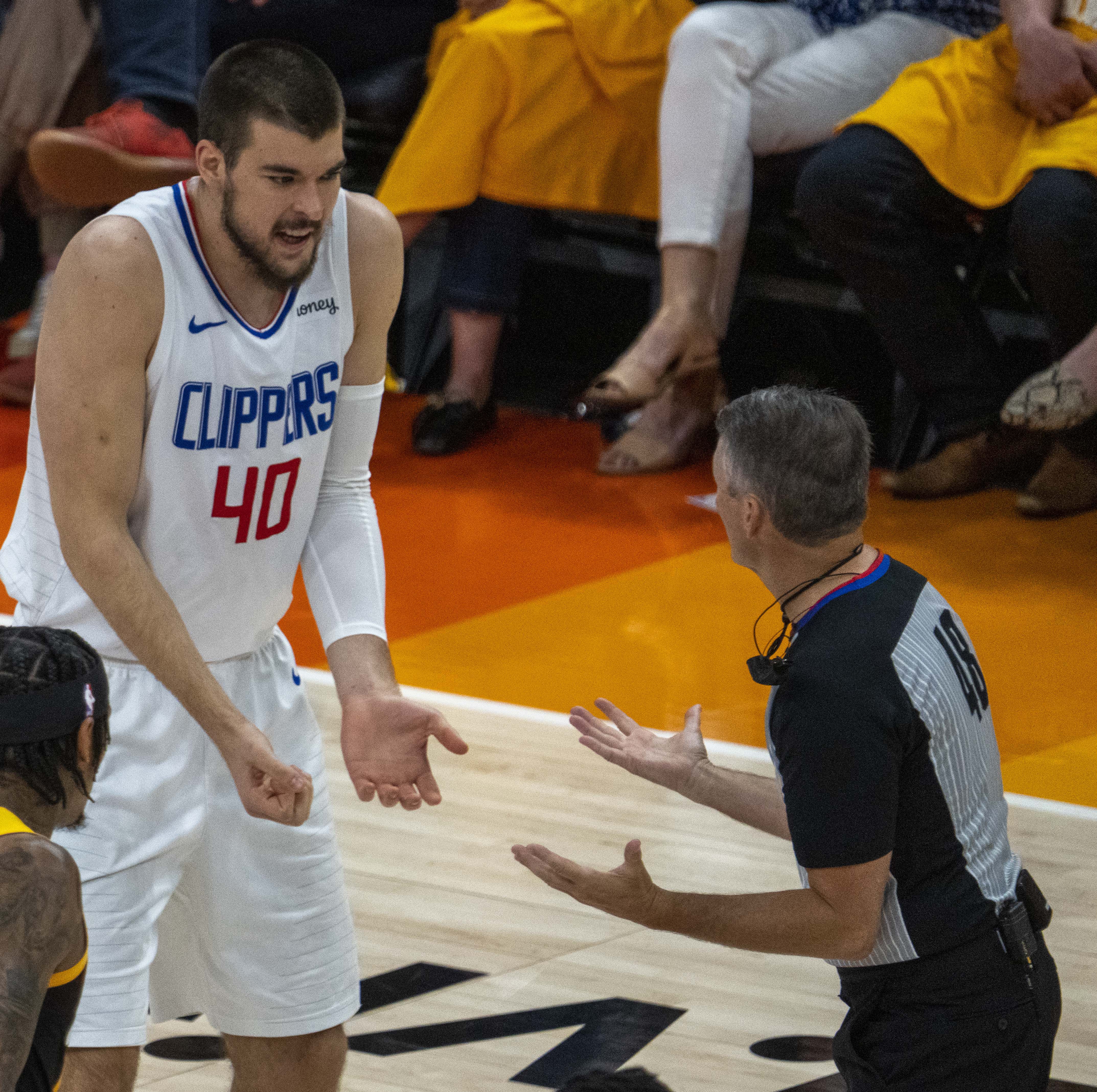 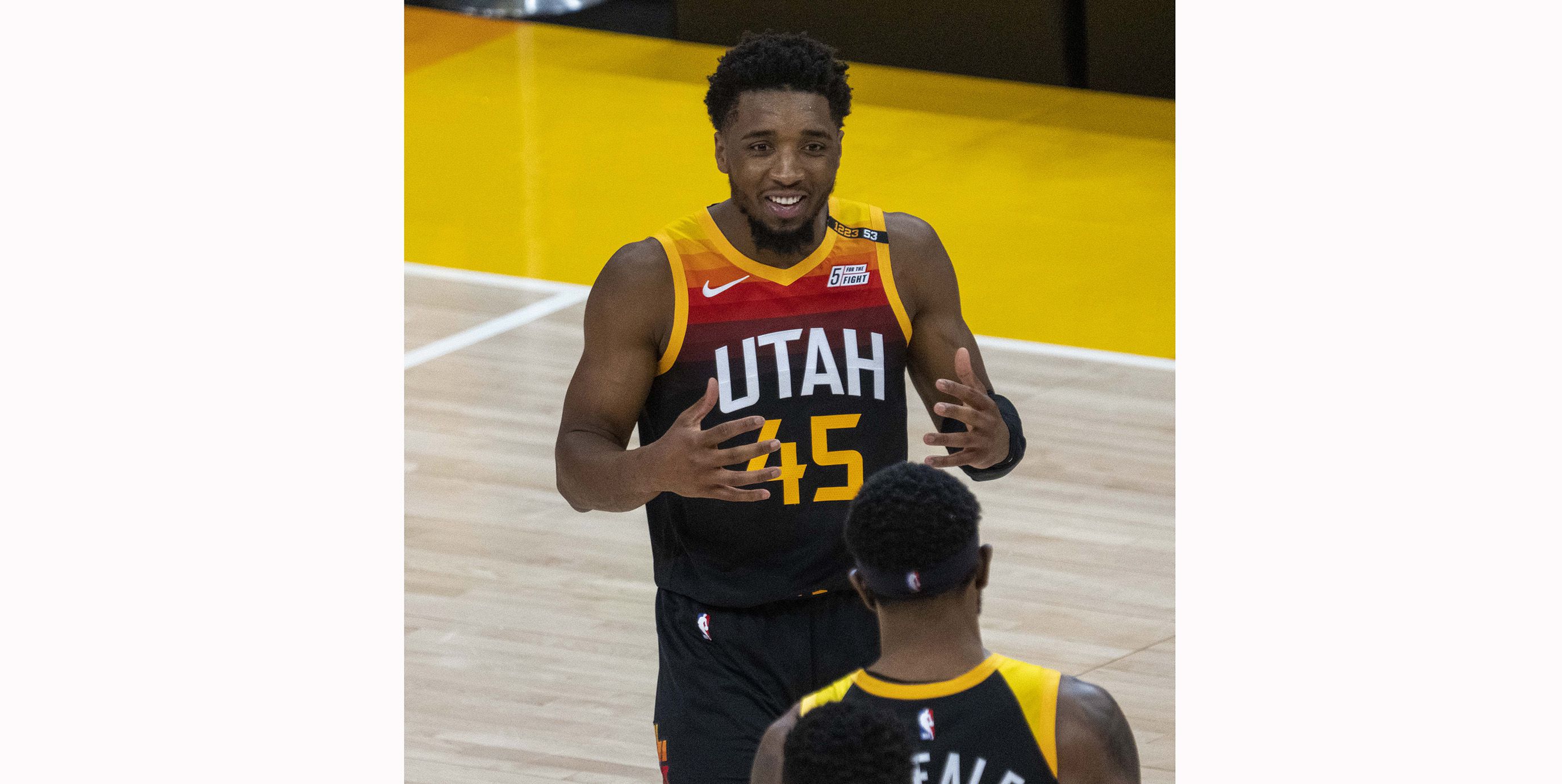 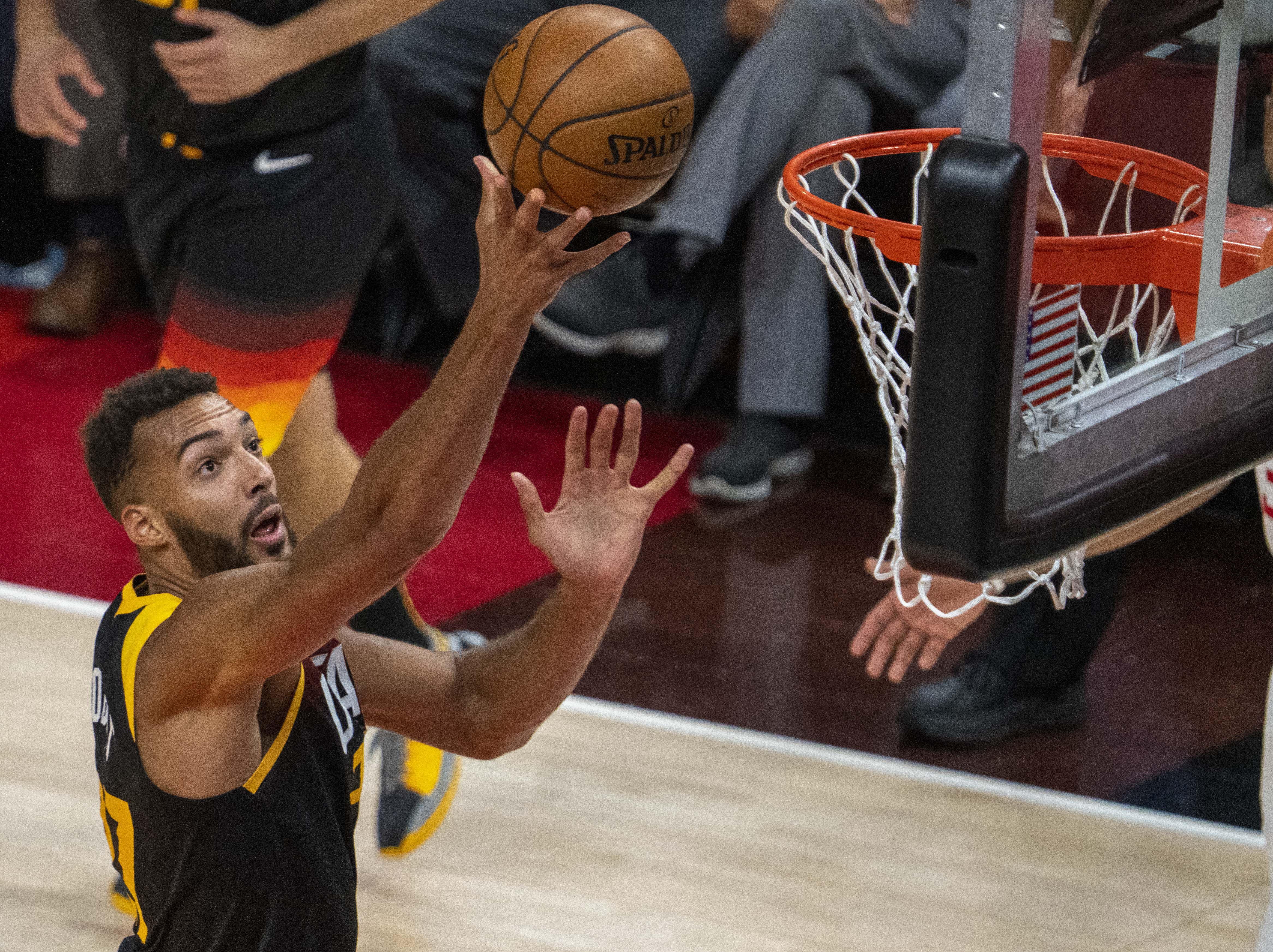 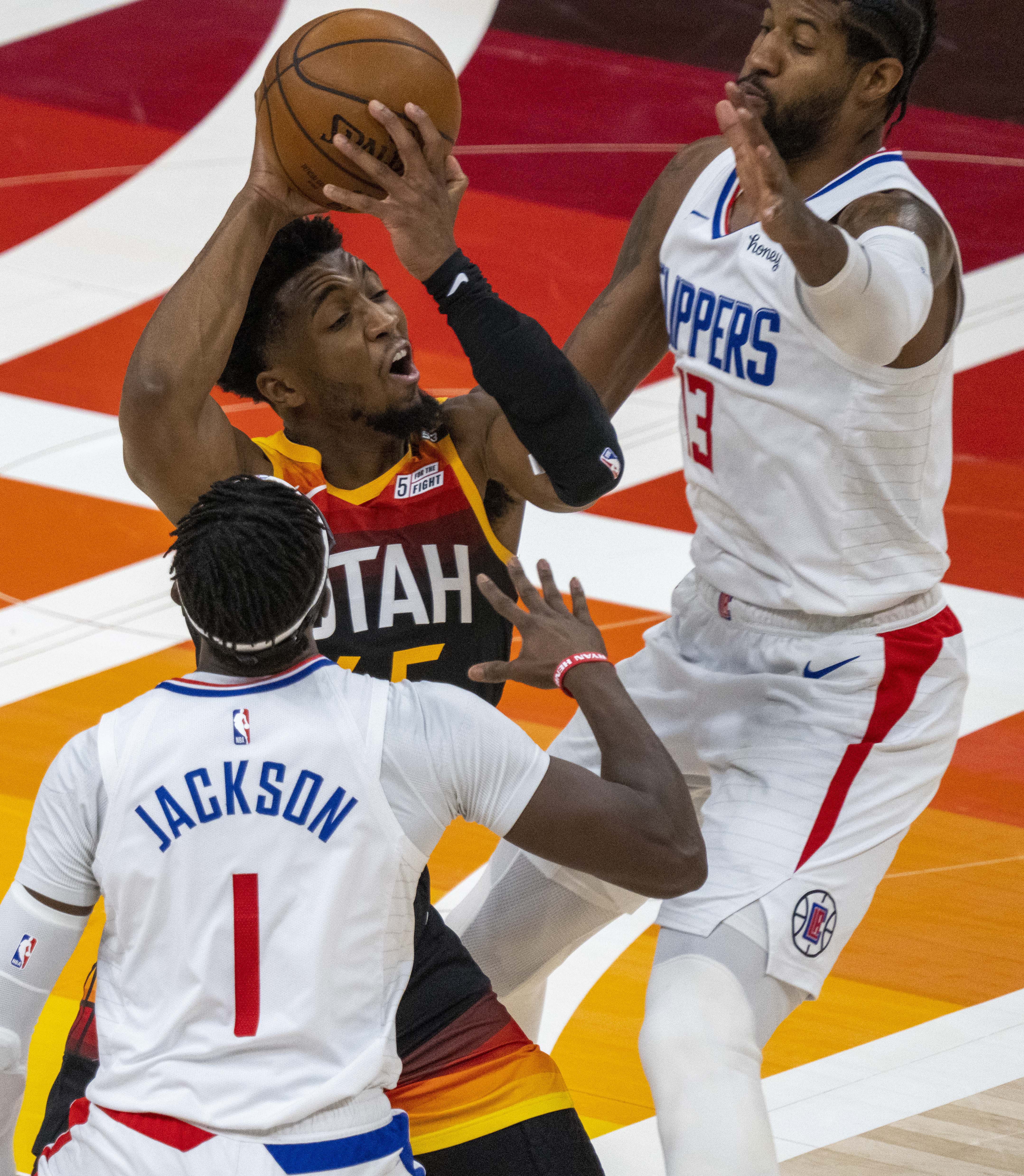 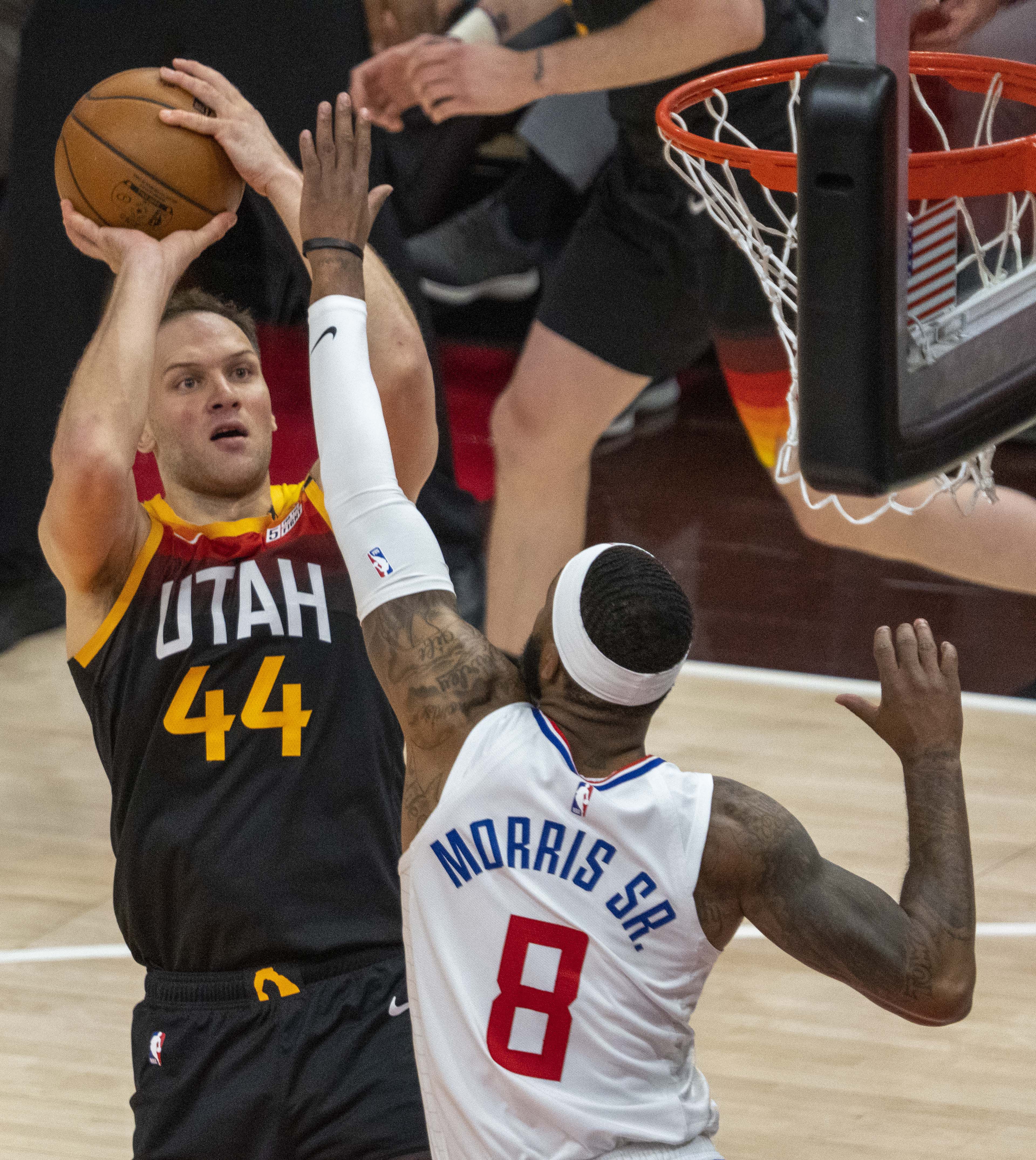 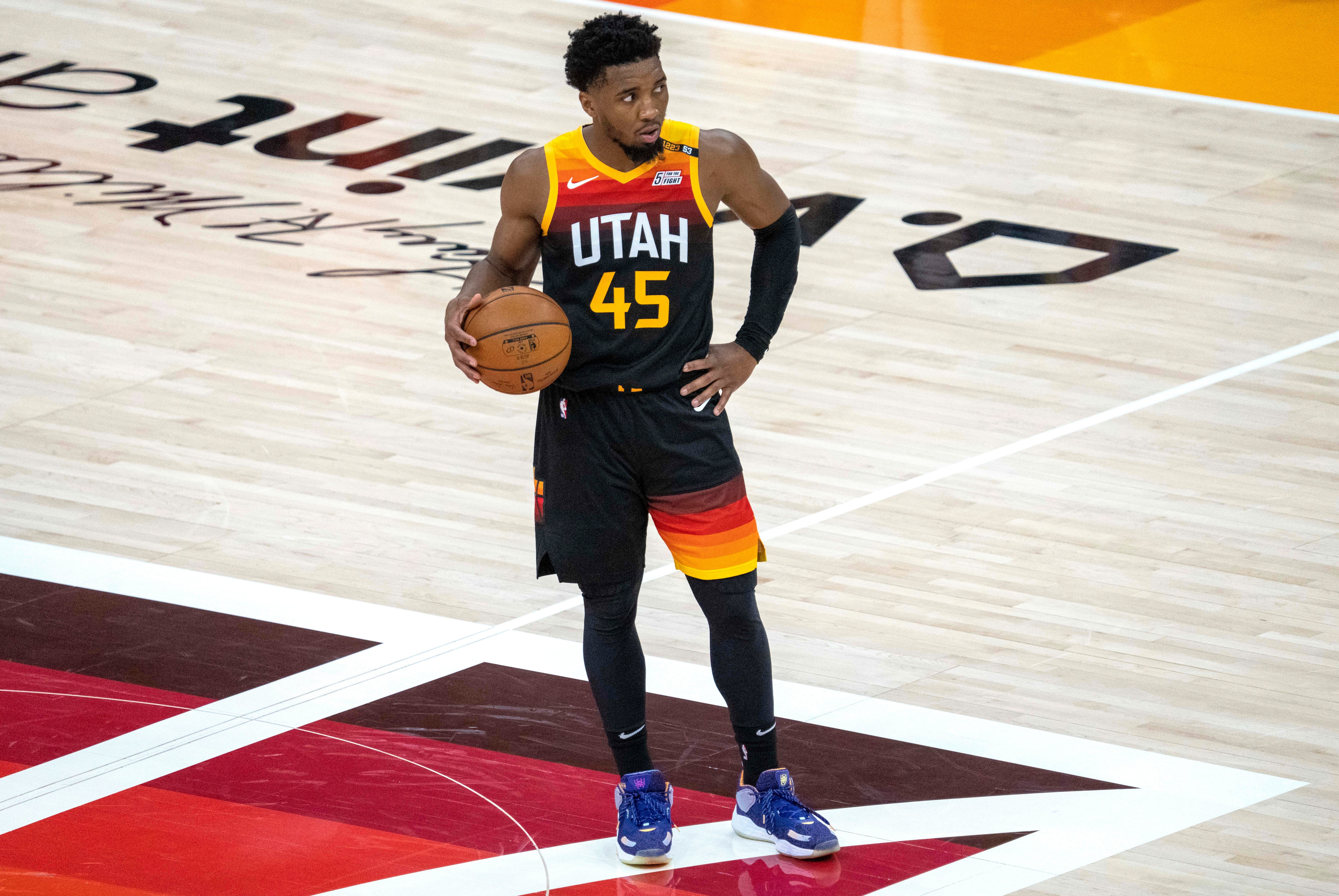 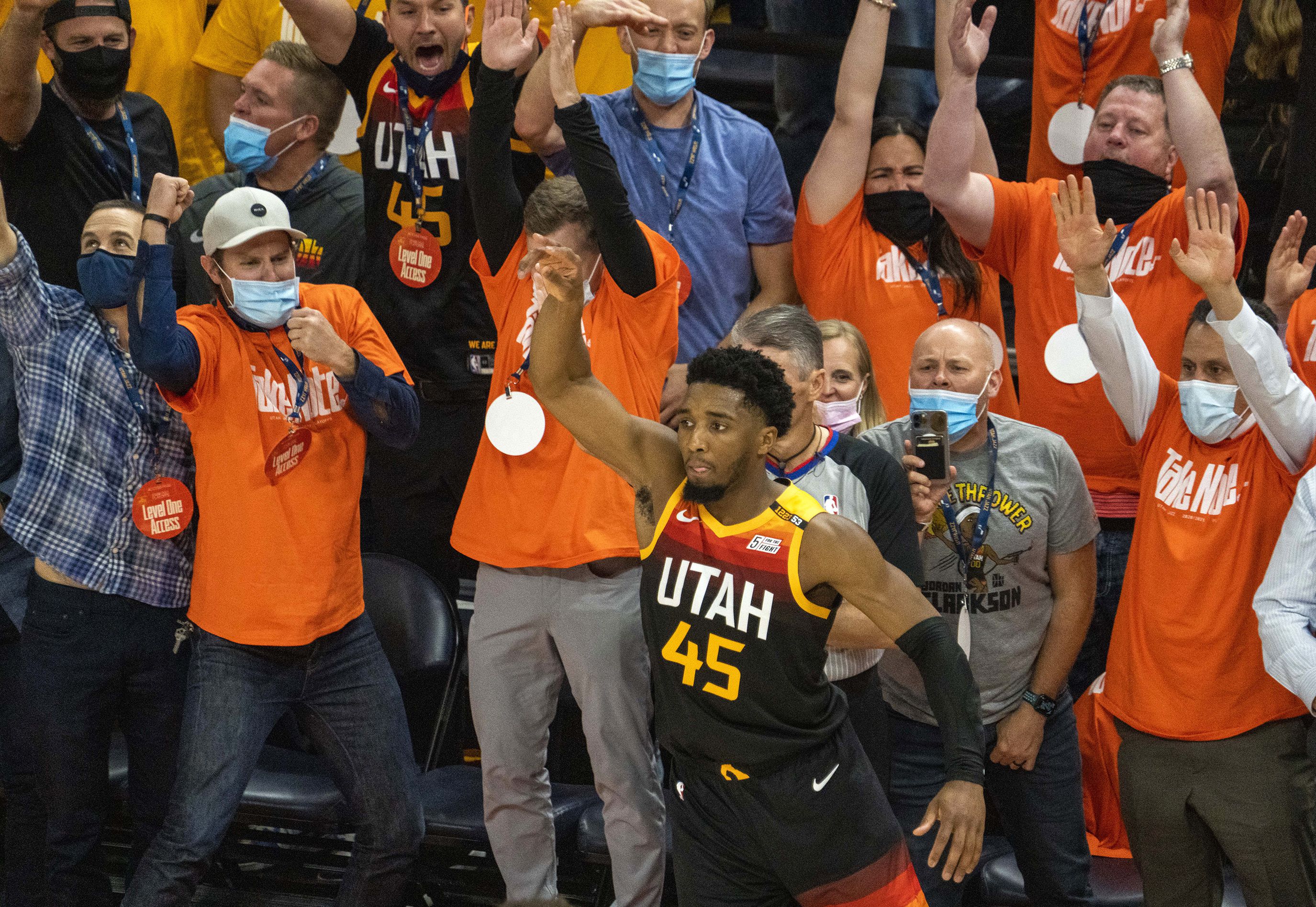 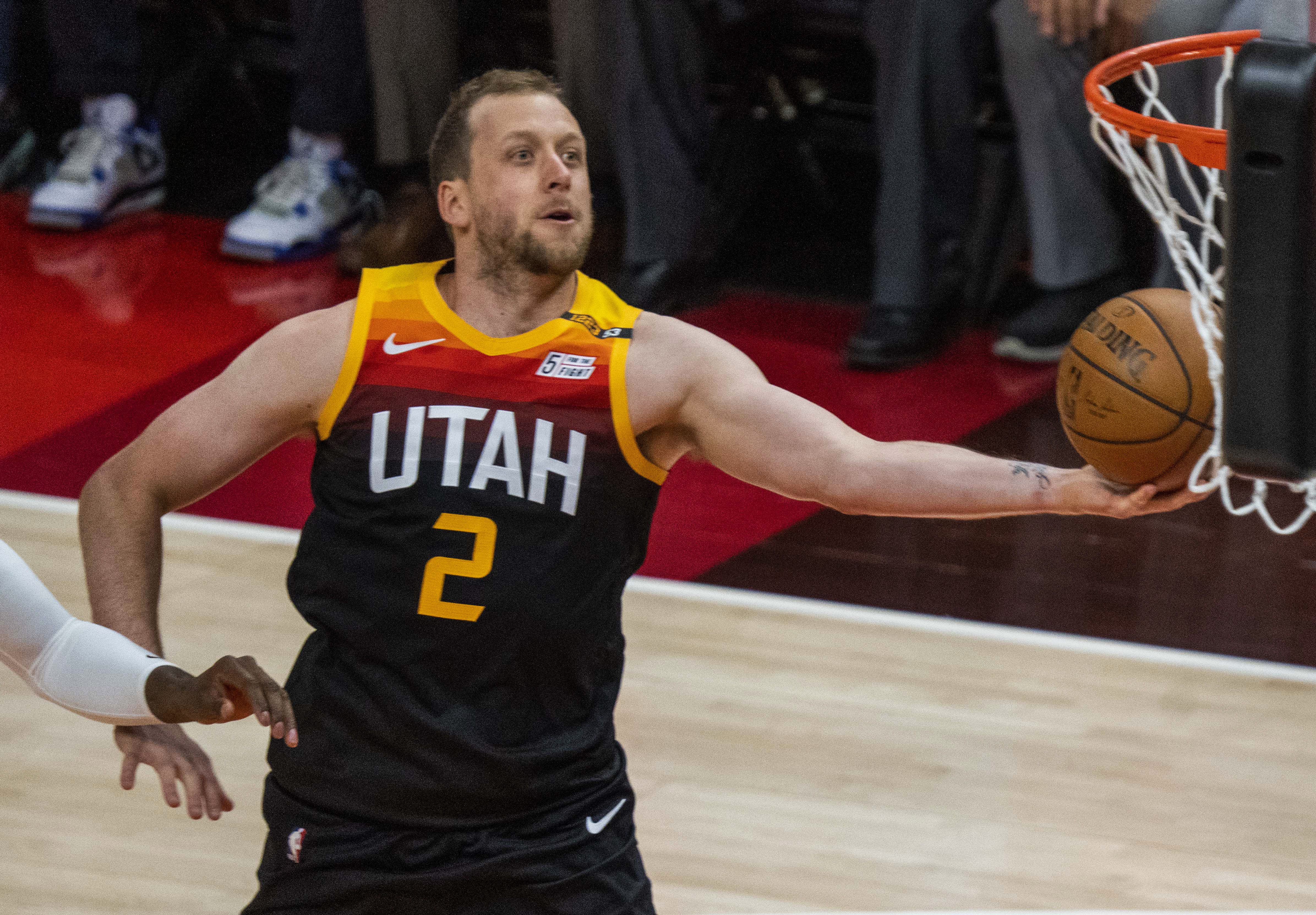 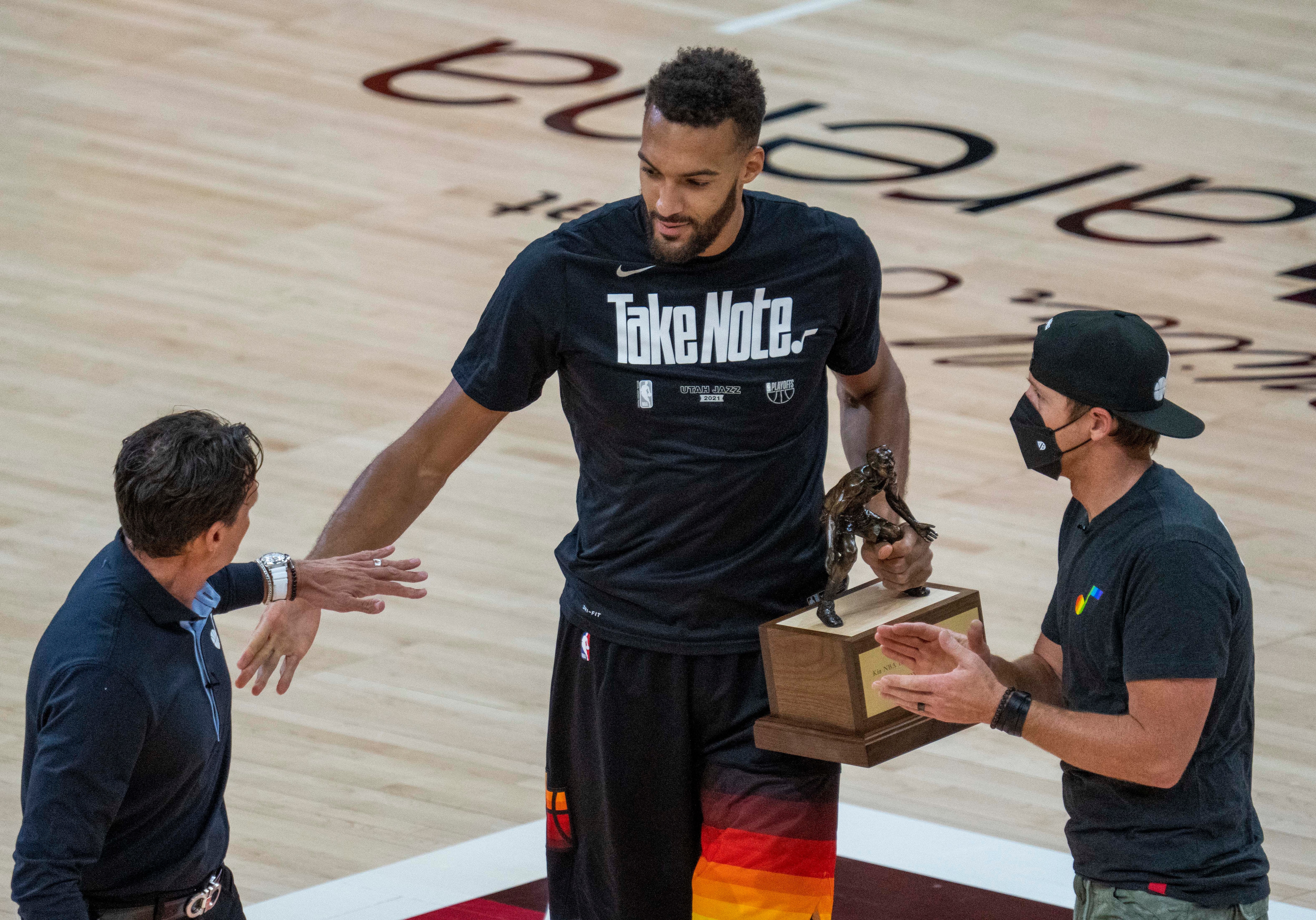 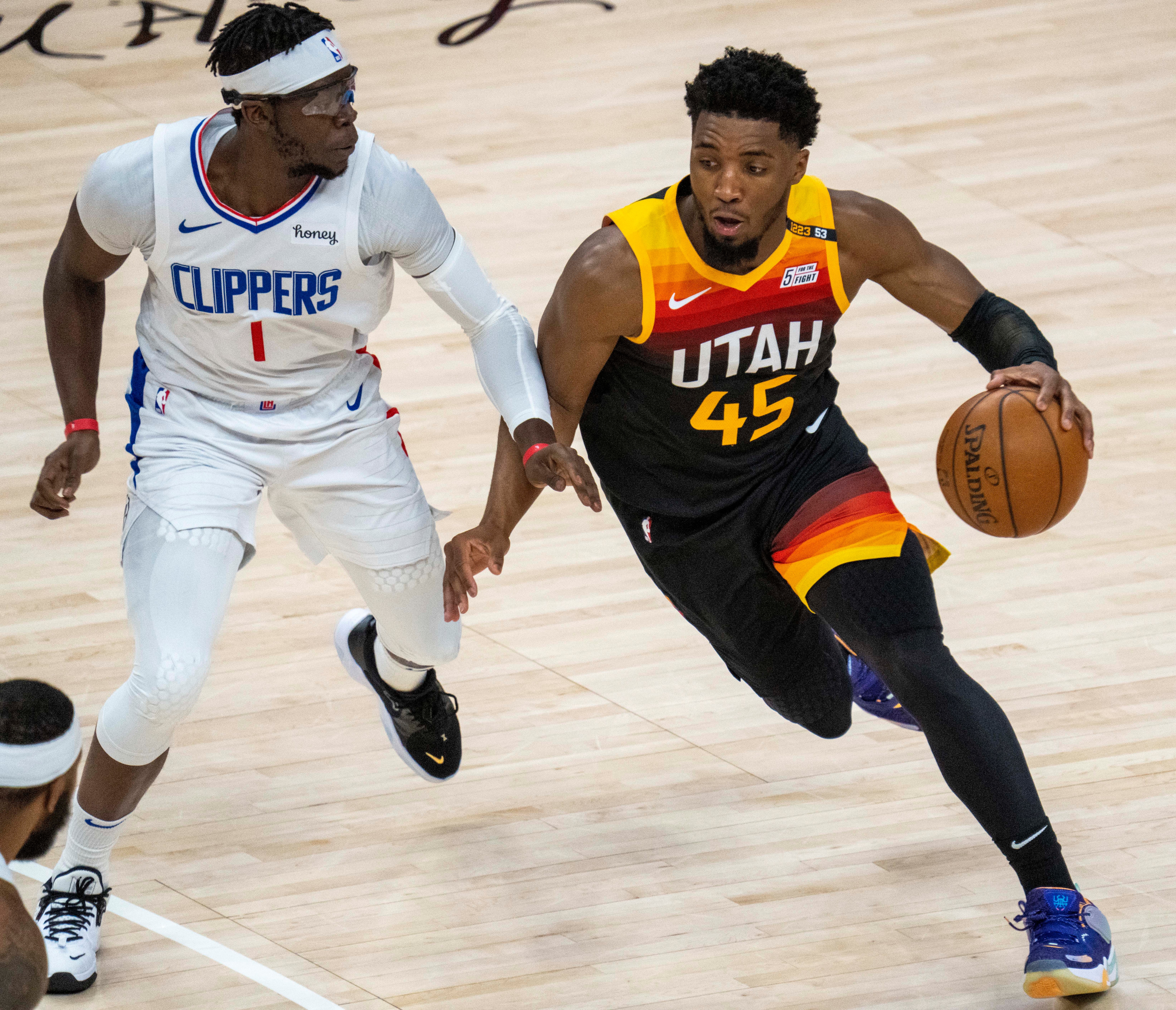 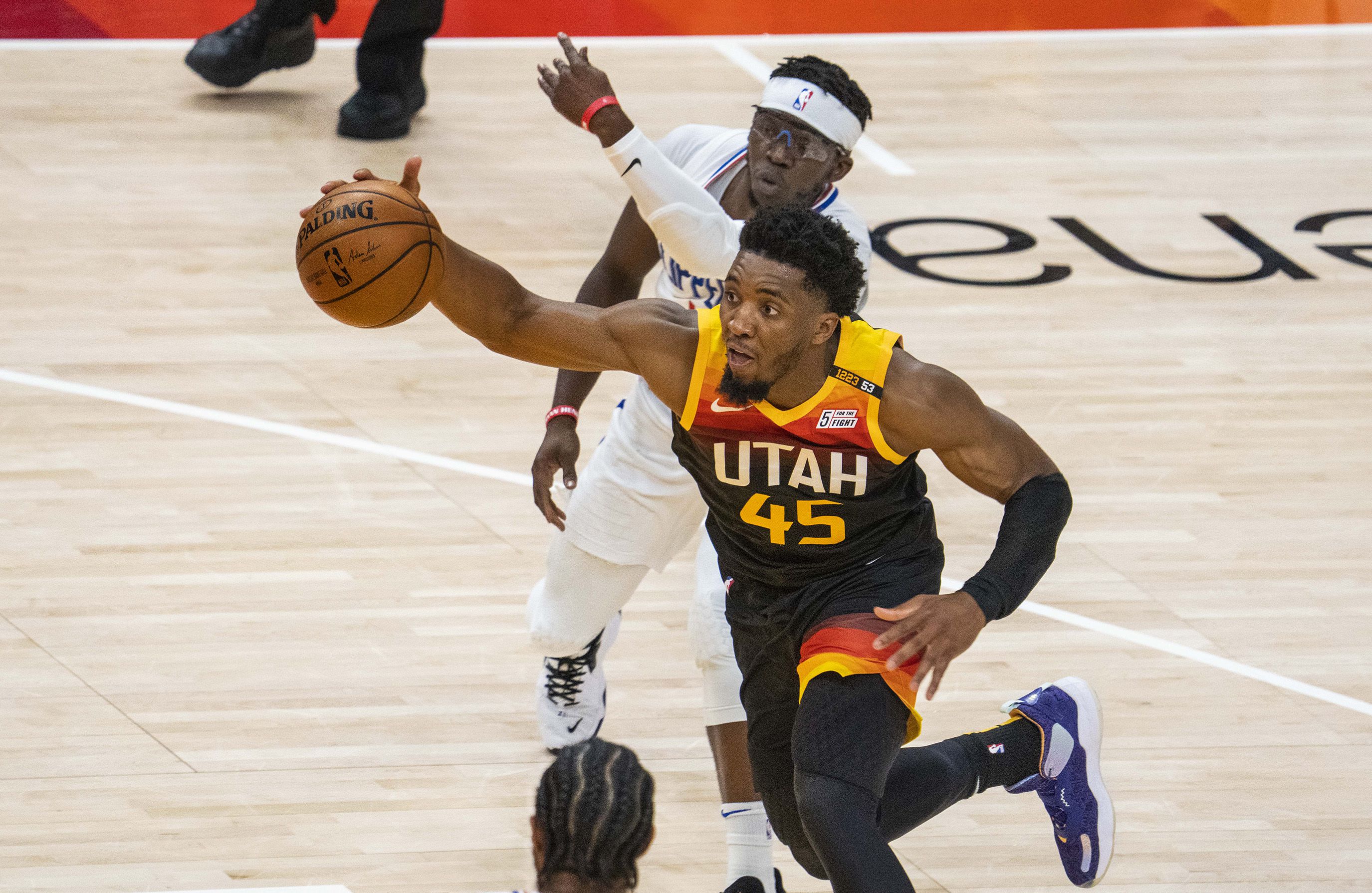 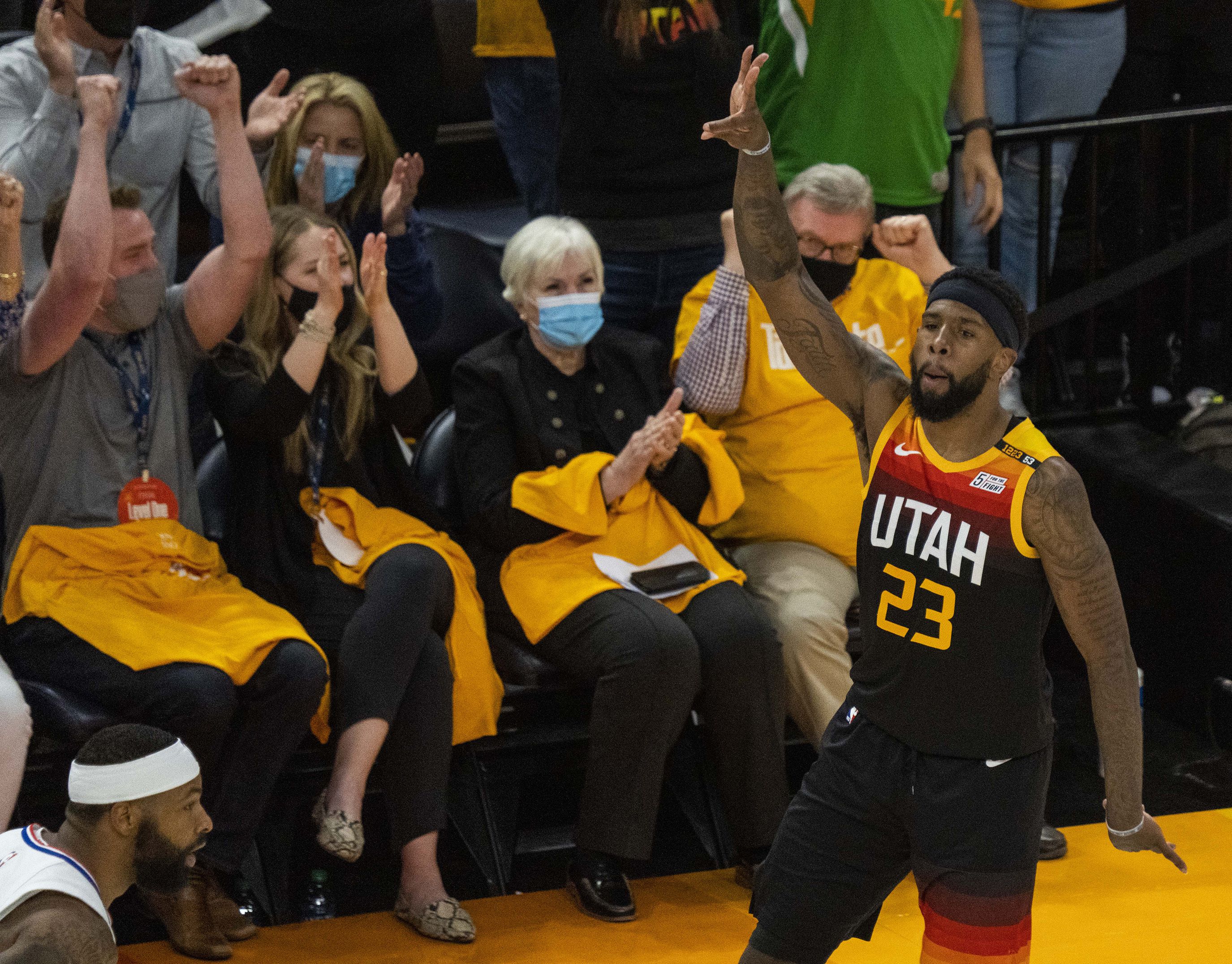 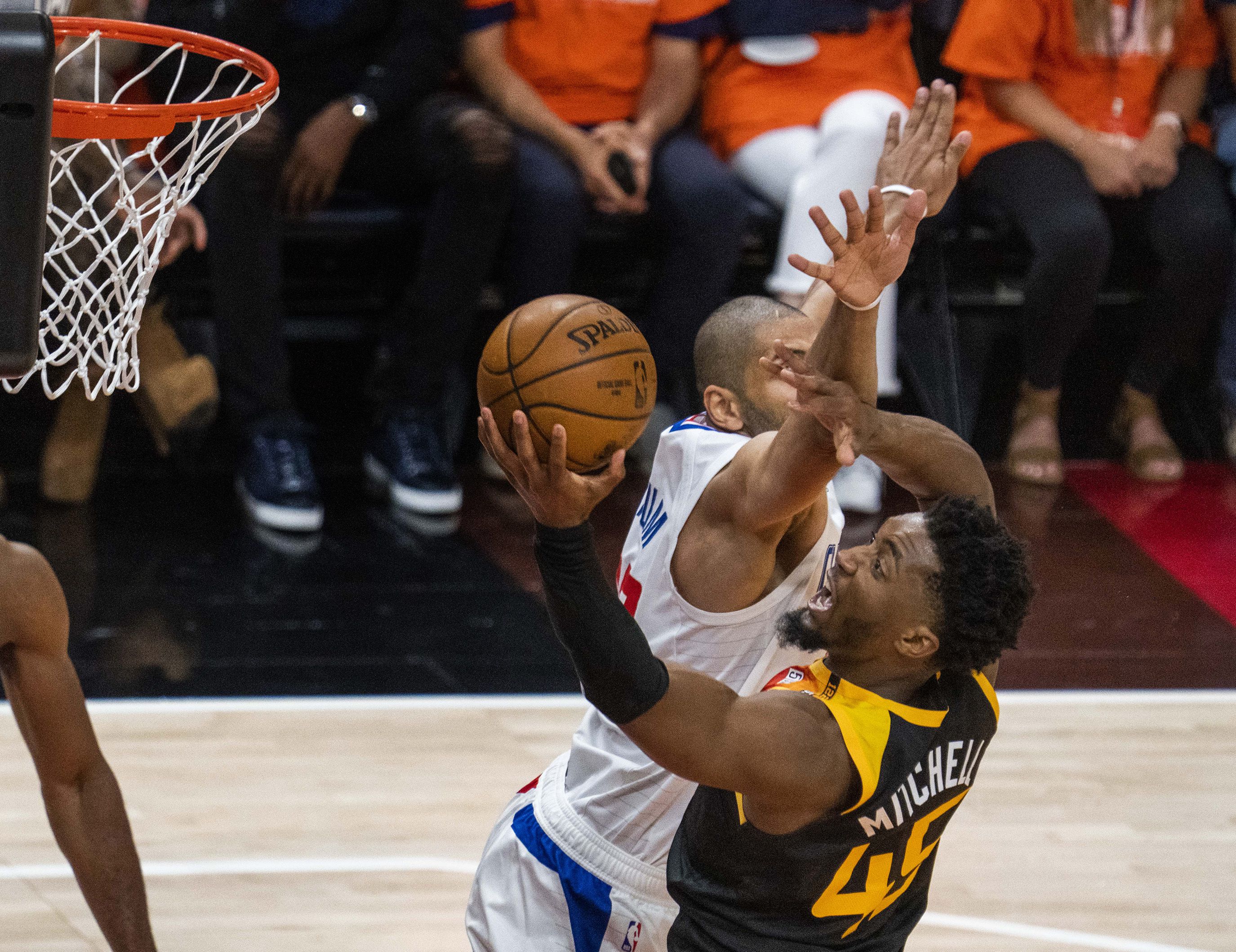 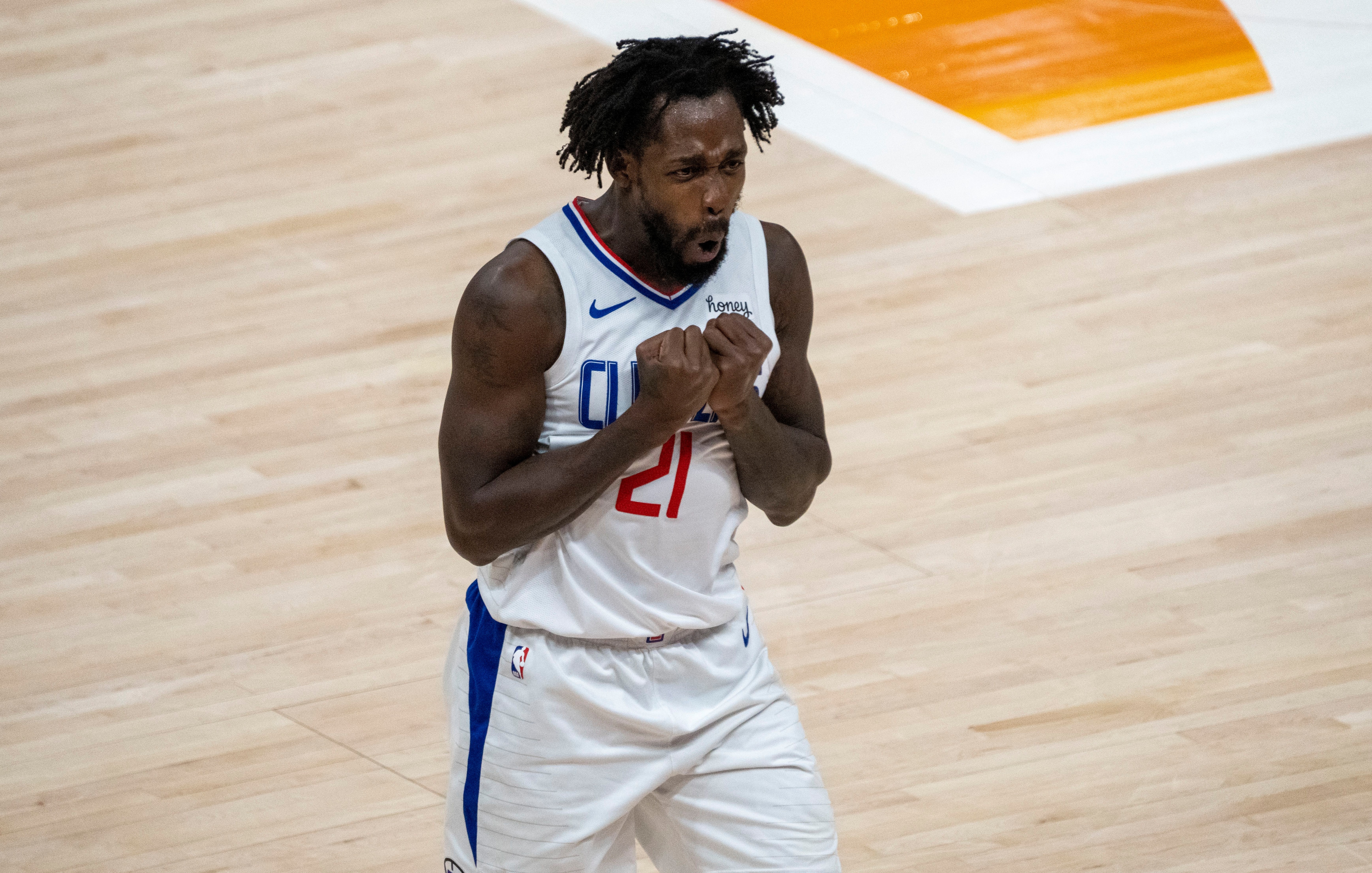 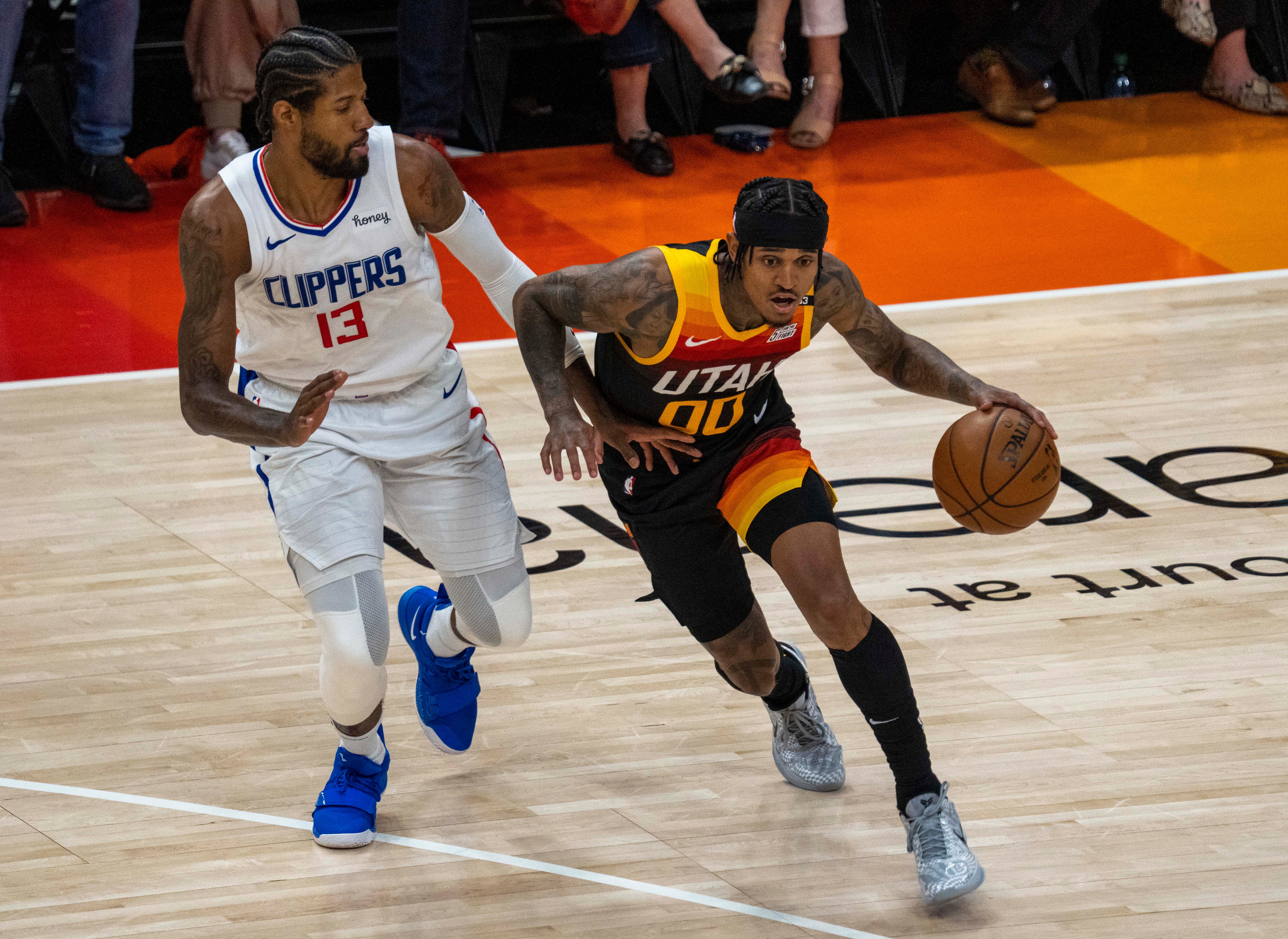 On Monday, Jordan Clarkson reached out to help a family whose food truck — which serves dishes native to the Philippines, one of the countries of which he is a citizen — was vandalized with anti-Asian graffiti.

Two days later, in Game 2 of the Utah Jazz’s second-round series against the Clippers, Clarkson delivered his own home cooking.

Within 15 seconds of entering the game at Vivint Arena, Clarkson shook his defender for a pull-up jumper. Less than a minute later, he toyed with L.A.’s Paul George before sinking a step-back three over the top of his head. By the time Utah secured the 117-11 win and a 2-0 series lead, Clarkson had cooked up 24 points — second only to Donovan Mitchell’s 37 — including going 6 of 9 from beyond the arc.

“He’s capable at any time of stringing possessions together where he’s not just making shots, he’s making plays,” Jazz coach Quin Snyder said. “I think our team not just relies on that but expects that from him, and he did that again tonight.

“It’s something we’ve been seeing over the course of the year, and that’s why he’s the Sixth Man of the Year.”

The Layton family that owns the World Famous Yum Yum Food Truck got to see Clarkson’s performance Thursday up close (about seven rows up, to be exact) after he gave them tickets to the game.

“Awesome,” was the reaction of 21-year-old Brevin Pierce, who usually works in the truck with his father, Ben. “We always come out to watch him but we’re usually so high up. It’s nice to be right here.”

Pierce said he hasn’t gotten to meet Clarkson in person. He’d like to — eventually.

“I hope so, but he’s busy right now,” said Pierce, a lifelong Jazz fan who wants to see this team win the franchise’s first NBA title. “We need him to focus.”

Clarkson paid for the repairs inside and out of the truck, which was spray-painted with racial slurs. He also teamed with print shop Identity Graphx to create a new exterior for the truck, which will be unveiled Saturday at the Philippines Independence Day celebration in Salt Lake City.

Clarkson, who identifies as Filipino-American, said the hate crime enraged him and he felt compelled to act.

“There’s just no room for that,” Clarkson told ESPN, “especially right now. It’s been tough, tough years on this earth, this country, this world. There’s a lot of stuff going on. I feel like us together, and everybody finding a peace, will make things a lot more comforting in this world. We ain’t got no room for the hate no more. That’s got to go out of the window real quick.”

When asked if he thought Clarkson’s inspired play had anything to do with karma, Pierce said no.

He’s good in another way too, Snyder said. The coach indicated Clarkson dishes out heaping servings of generosity on the daily.

“The word that kind of jumps out in front with Jordan is his authenticity, his sincerity about who he is, you know, as a person,” Snyder said. “And he knows who he is. You know, he’s authentic. He’s also just a giving, giving human being in so many respects.”

Jordan Clarkson spoke to @NotoriousOHM about seeing the hateful racial slur spray-painted on a Filipino food truck in Utah.

Clarkson paid for interior cleaning and detailing, and helped restore the truck. pic.twitter.com/csqANFBSWr