Well, Utah finally has a single person in charge of solving that most persistent of bugaboos, Utah homelessness.

Fresh from the still-smoldering ashes of the catastrophic crash and burn of the “3 Resource Center” debacle, Utah is going to try pulling off a phoenix maneuver with the appointment of Wayne Niederhauser as state homeless services coordinator.

So why do I feel that Wayne will fail? Well, first and foremost Wayne educated himself by touring facilities and meeting with so-called “experts” on homelessness. What Wayne most likely did not do is hold some meetings exclusively with the true experts on homelessness, the homeless themselves, either the currently homeless or the formerly homeless, like me.

Am I an expert? Certainly not, but I knew for a certainty that the “Resource Center” plan would make things exponentially worse as soon as I read the details of the plan. And high-functioning autistics like myself tend to be hyper-analytical, so there’s that.

Wayne’s failure to have exclusive meetings with his new charges sends up a bit of a red flag, one we’re all used to seeing. He likely does not consider the homeless, whether past or present, as anything but abject failures. He may therefore be operating from a position of prejudice. People who operate from a position of prejudice very commonly use their positions to confirm their preconceptions and therefore complete a feedback loop that enforces their prejudices all the more. Any failure will then of course come about through no fault of their own and be completely justified.

Also, like those other so-called “experts” on homelessness, Wayne has no commonality with the homeless. He has never had the experience. Not even the two-day dip into the experience that then-Salt Lake County Mayor Ben McAdams dared to pull off in 2017.

If the powers that be had picked McAdams, I feel that they would have better served. But, of course, he’s a Democrat, and therefore automatically disqualified.

Look, I harbor no antipathy for Niederhauser. The difficulty of the job ahead of him is nothing if not colossal. He will be trying to work with a community that is as compassionate towards the homeless as they are towards roaches. The Not-In-My-Backyard platoons will dog his every project and proposal.

It is also true that there are horrors endemic to the homeless population that would shock a combat veteran. Will he even comprehend what homeless caregivers go through?

One morning a man laid down in front of me and bled to death from his mouth, nose, eyes and ears. I had no idea what I was seeing and was more shocked and horrified than I have ever been before or since. I held his hand during his last shuddering moments of life because I had no idea what else to do. His coughing had sprayed blood all over the wall.

Through enough research, I was able to determine what had happened. There is a drug called “Spice” which Chinese chemists spray with a substance called Brodifacoum. Brodifacoum is an intoxicant in humans, but it’s primarily used as a highly lethal rat poison. It has a half-life measured in months, and enough of it can induce a condition called coagulopathy. Coagulopathy is like extreme hemophilia, whenever the slightest trauma is incurred, uncontrollable bleeding is the result. The man could have been assaulted before he laid down in front of me, and a minor rib injury could have caused his bleed-out. Spice is terrifying.

When the paramedics showed up that terrible morning, they simply threw his body into a folding chair and dragged him away. Then the hazmat crew failed to get all the blood off of the wall, and it just gradually browned with grime. My act of kindness as the man died gave me hepatitis C.

There are also the methamphetamine addicts, who are terrifying in their absolutely maniacal devotion to the drug, and the fact that they will do anything to get more. The heroin addicts die on occasion, too, and those were also hard mornings, the skin pallor and the syringe telling the tale.

I would love nothing more to be wrong about Wayne, I hope he turns out to be a miracle worker, and I say that with absolute sincerity. I don’t envy him his assignment. 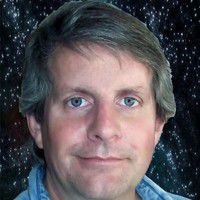 Kip Yost is a formerly homeless person now living with his wife in an apartment in Salt Lake City.