Along with the typical excitement, the decorated mortarboards and the gowns in every school color, there was a shared thread at high school graduation ceremonies across Utah this year that made the celebrations a little more somber.

It has been a tough year for seniors in this 2021 graduating class due to the COVID-19 pandemic. And they talked about the trials of taking classes online and not seeing their friends as often. Some said they missed proms. Others said they missed family members who got sick.

They talked openly about the hardships of an unusual final year of high school that for the classes ahead of them was filled with fun — not face masks.

“At first glance, my senior year looked like one big fail,” said Amelia Holbrook-Brown, who spoke at West High School’s ceremony in Salt Lake City. “I felt so much shame for what I didn’t accomplish.” 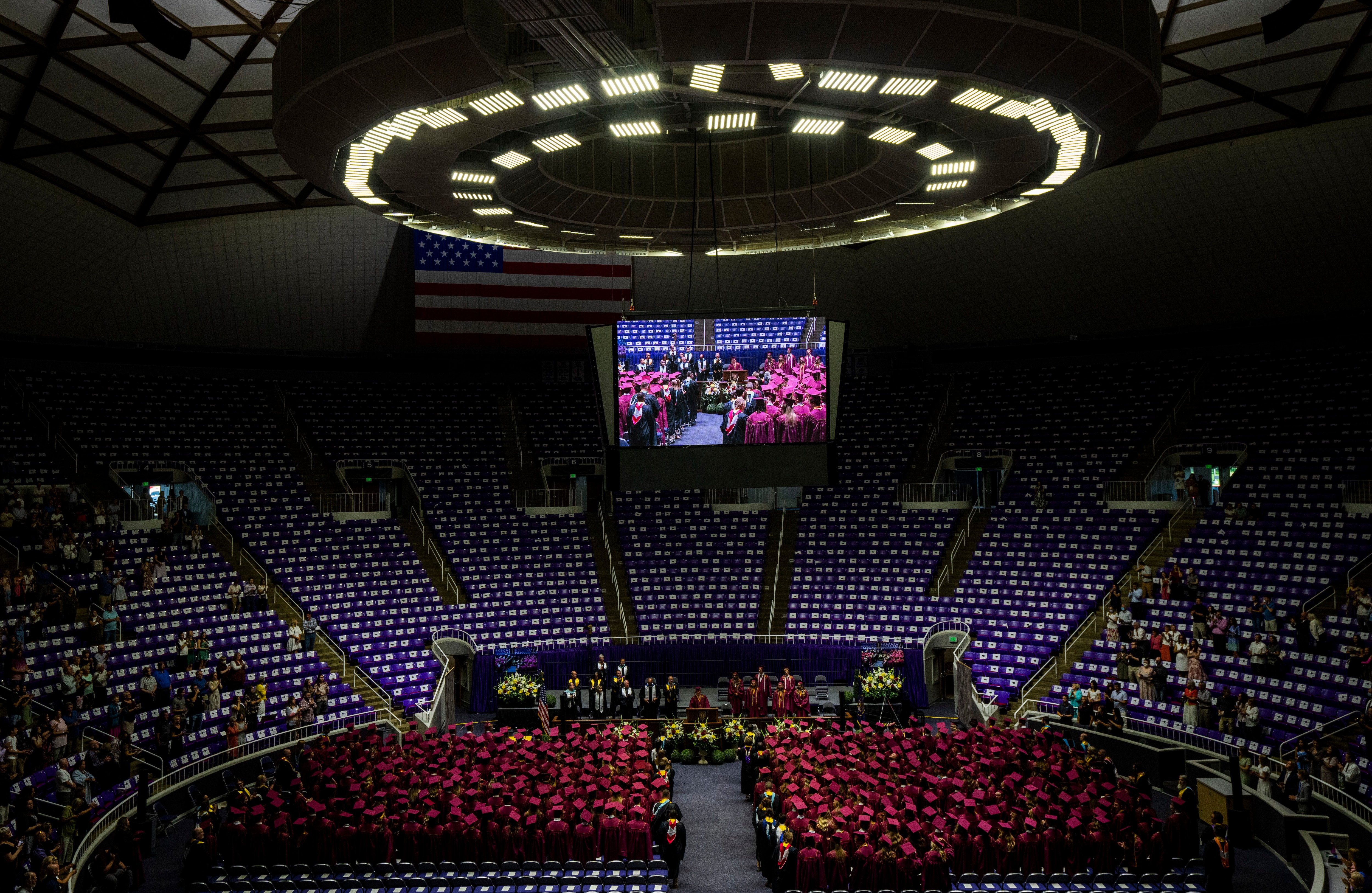 The difficulty of it all, she added, was crushing. “I fell behind in school. I gained weight,” Holbrook-Brown said. “I cried.”

It wasn’t the year she expected. She didn’t go to football games and senior award nights like she planned. But, she noted, she learned other lessons that she wouldn’t have otherwise.

“Because of it, I learned I can’t find happiness in physical appearance or academic achievement,” Holbrook-Brown said. “Beyond that, I’ve learned that unhappiness does not equal failure, and I can be sad and still find meaning.”

The Salt Lake Tribune sent photographers to five graduations across the Wasatch Front to capture scenes from ceremonies where seniors reflected on how the pandemic shaped a pivotal point in their education and in their lives. 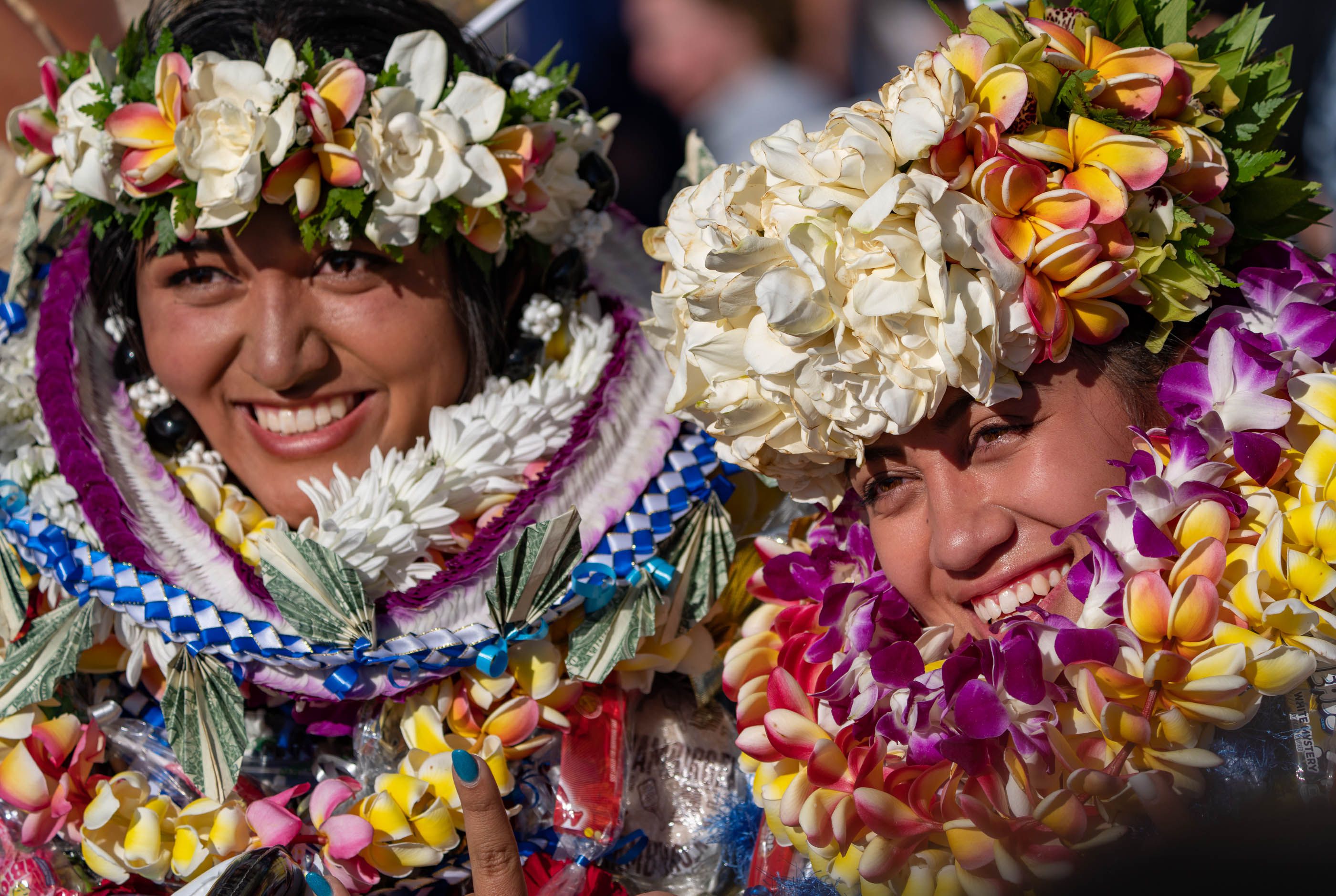 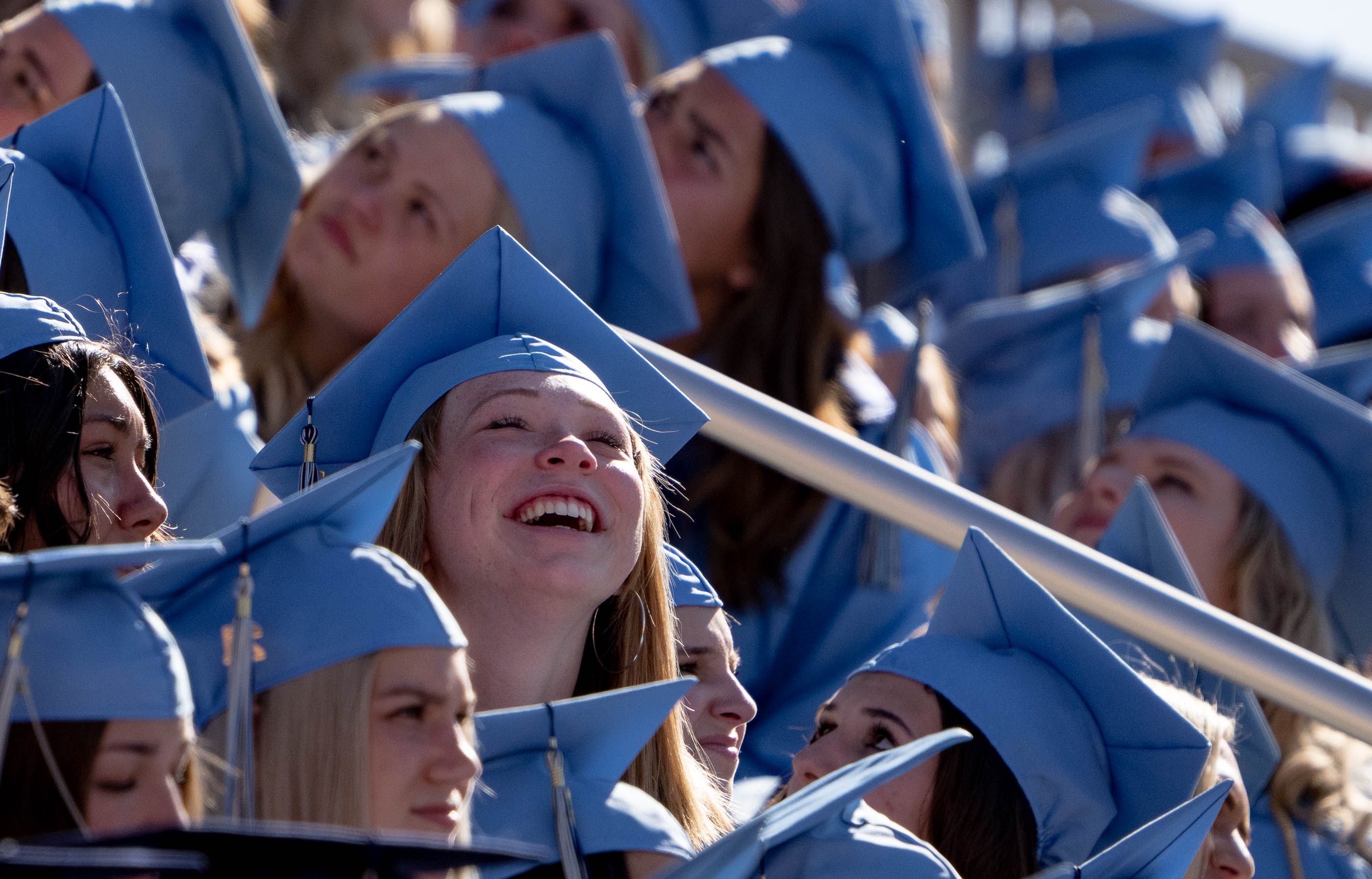 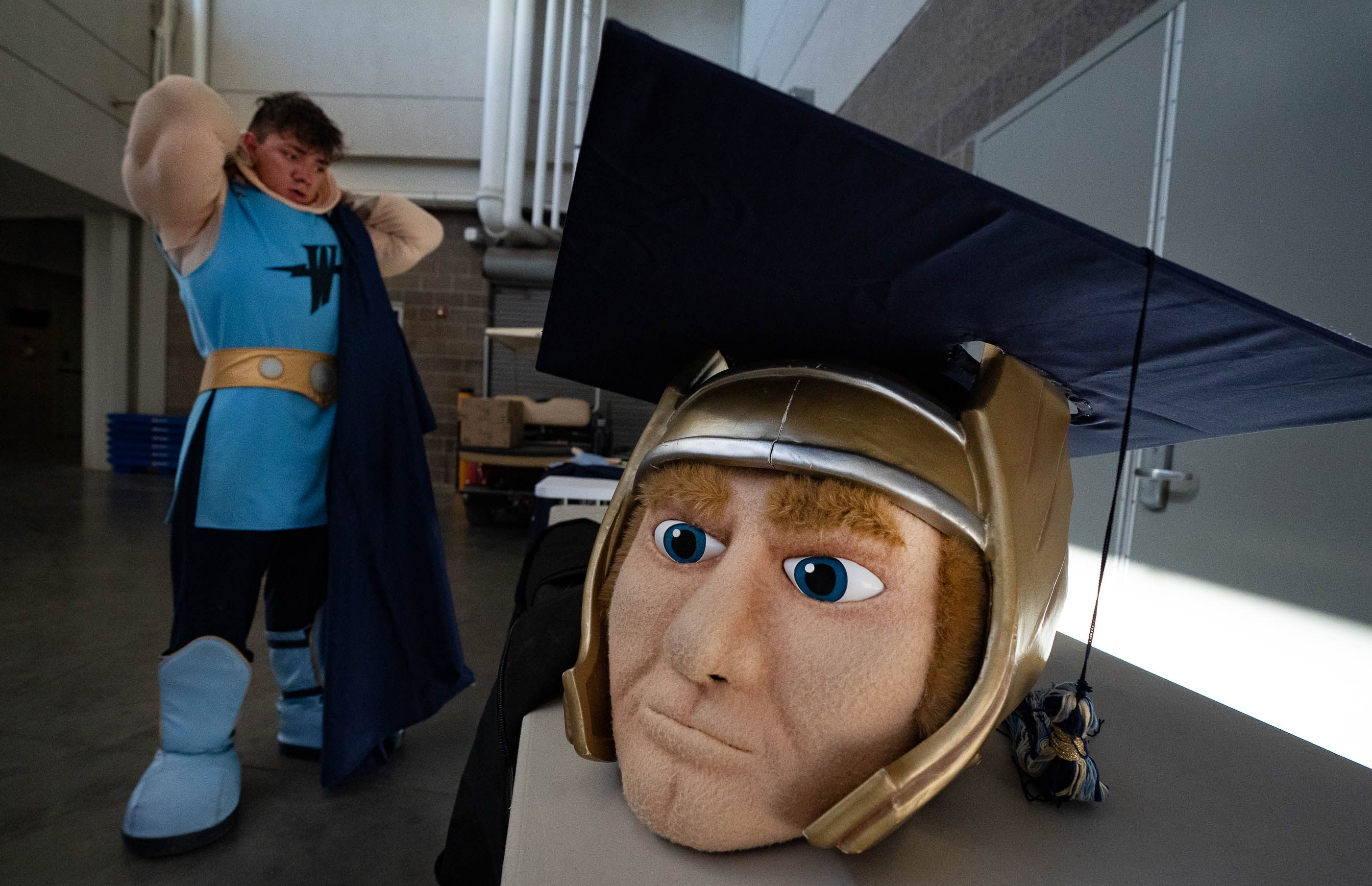 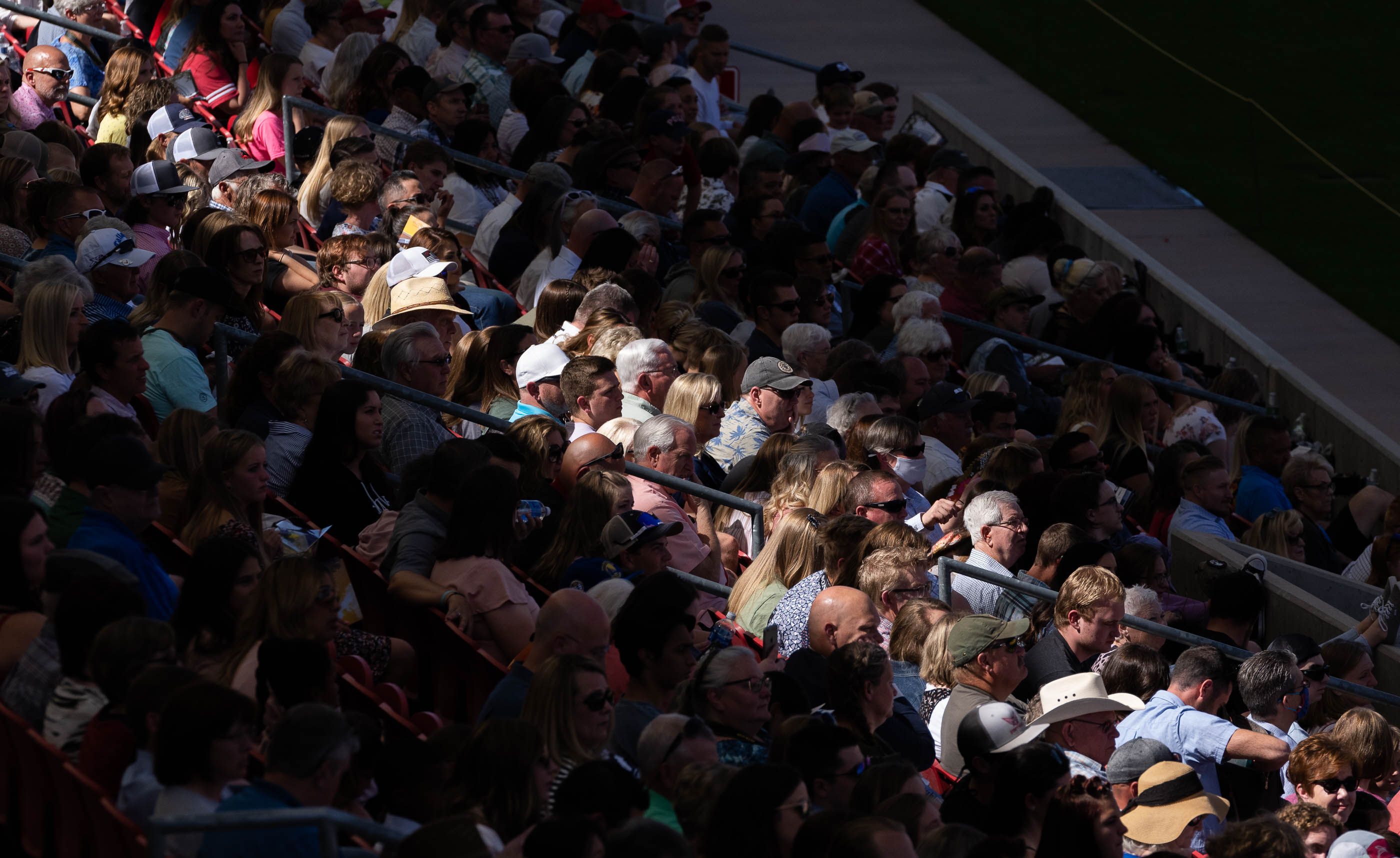 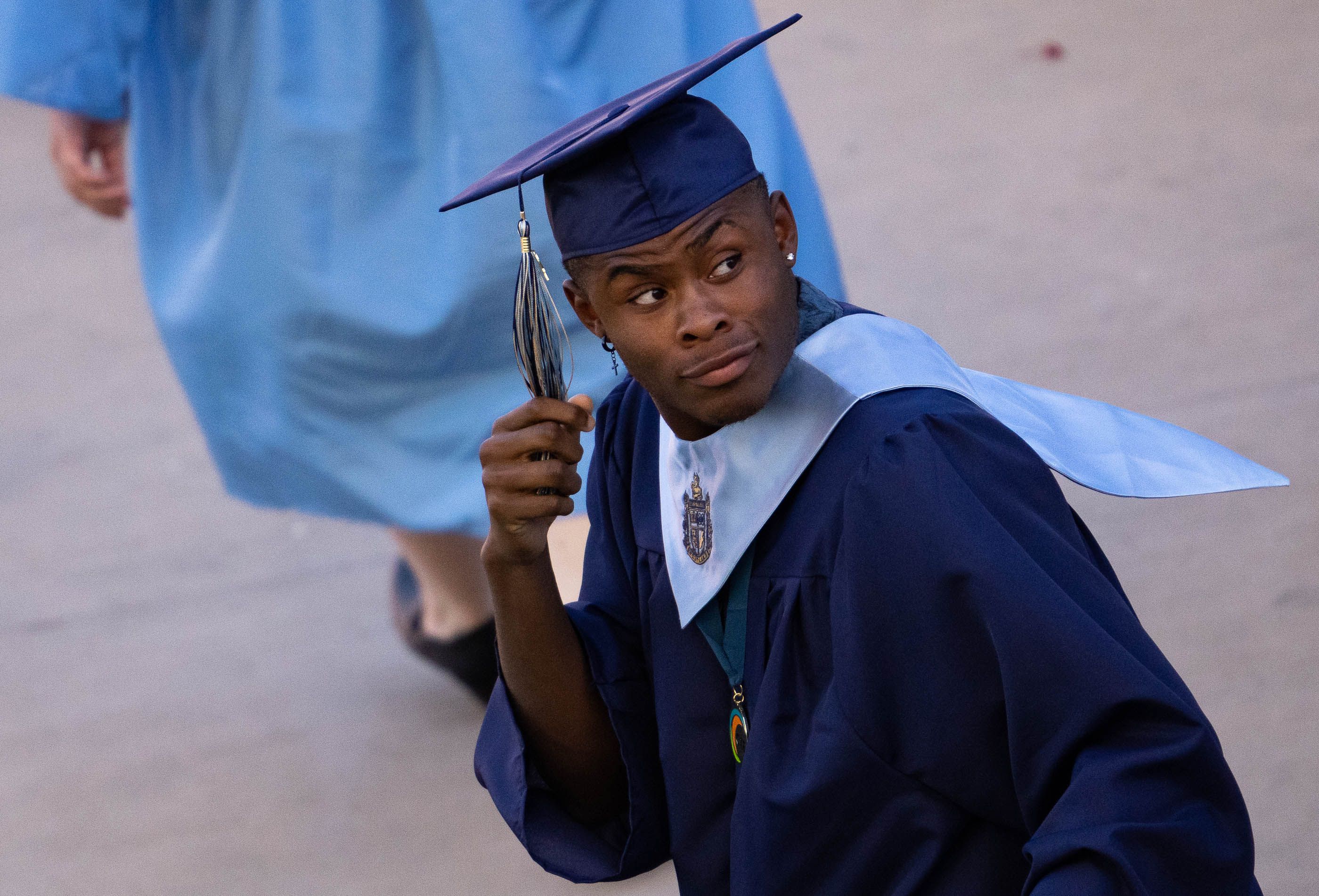 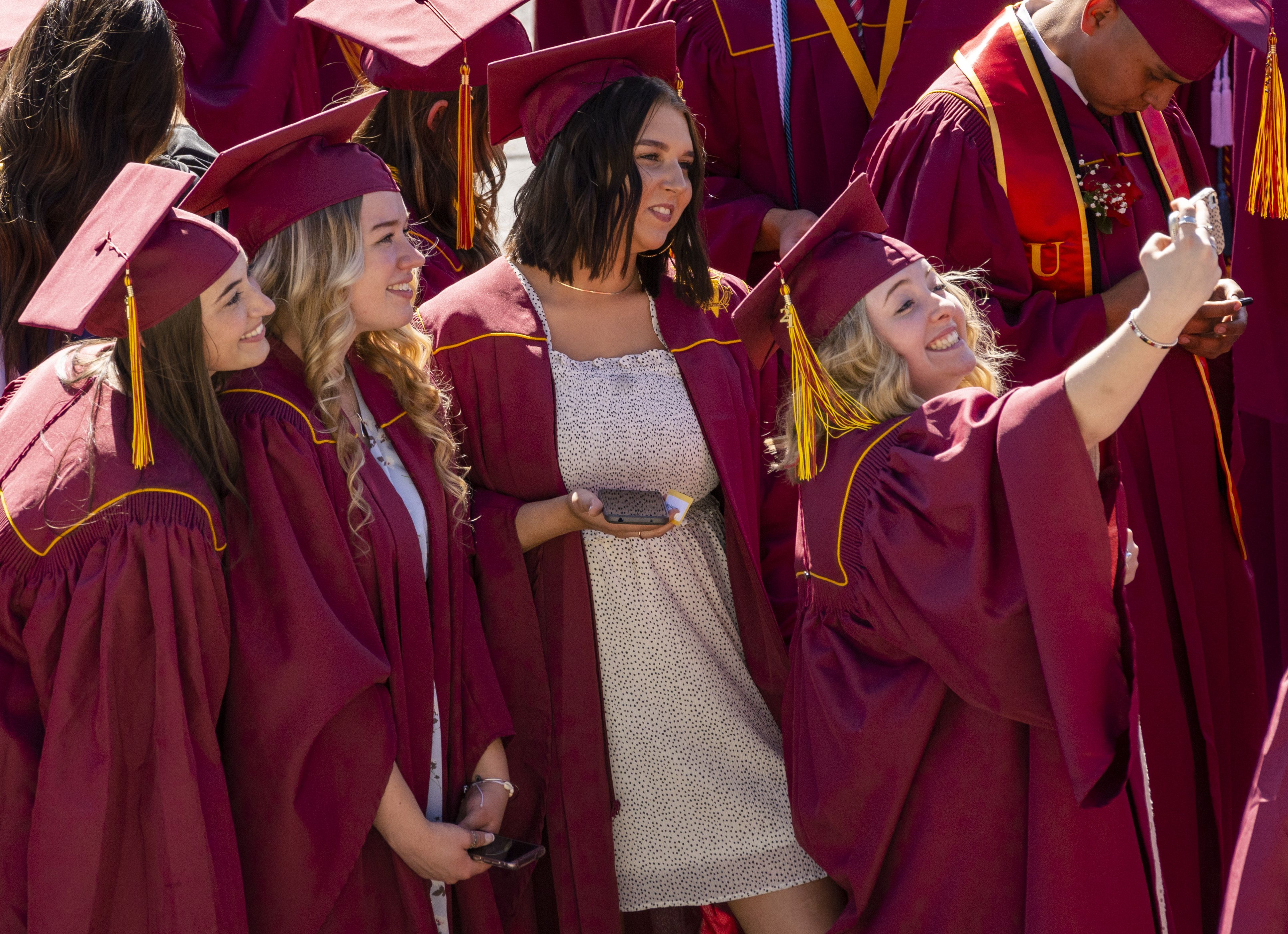 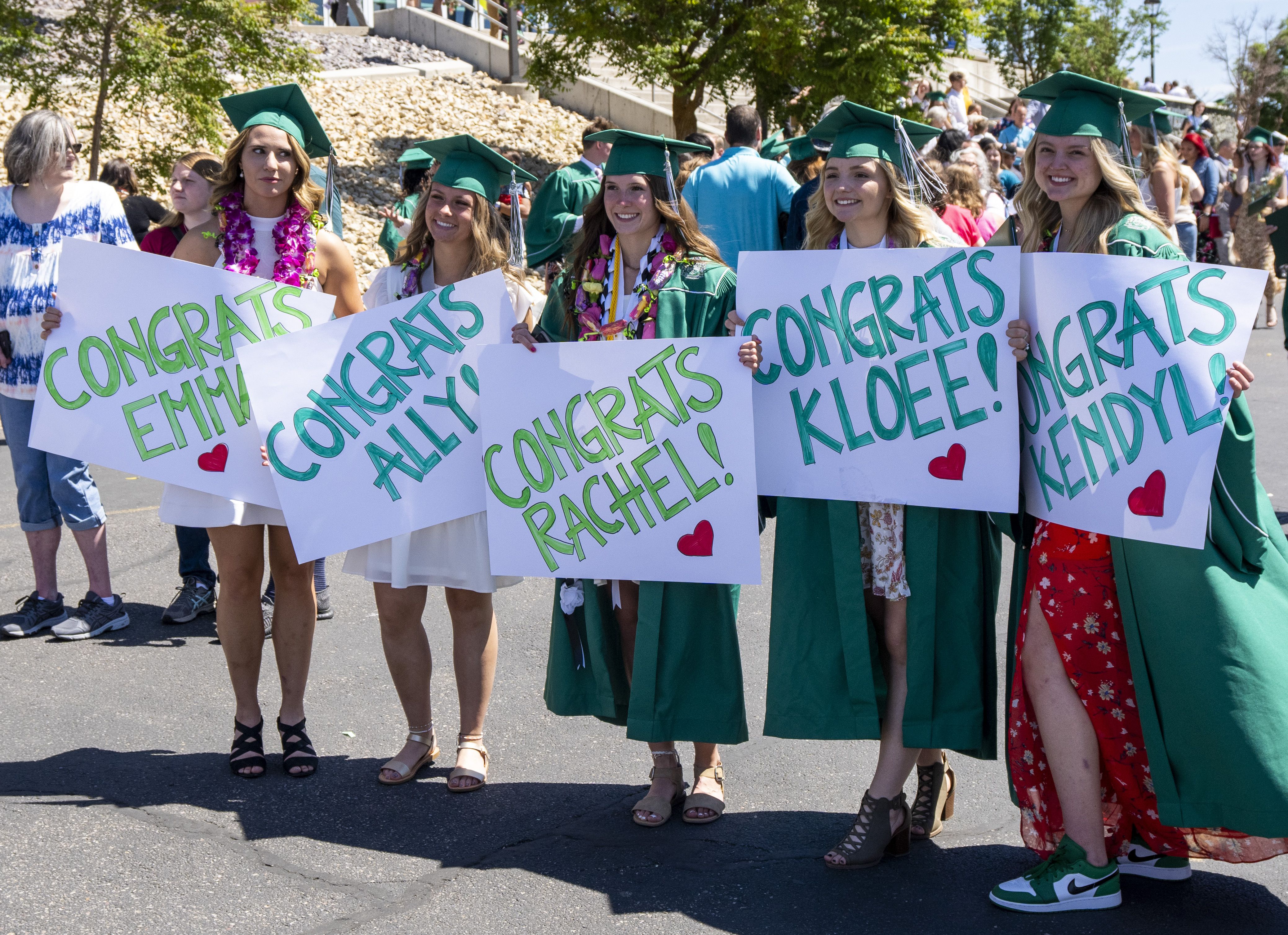 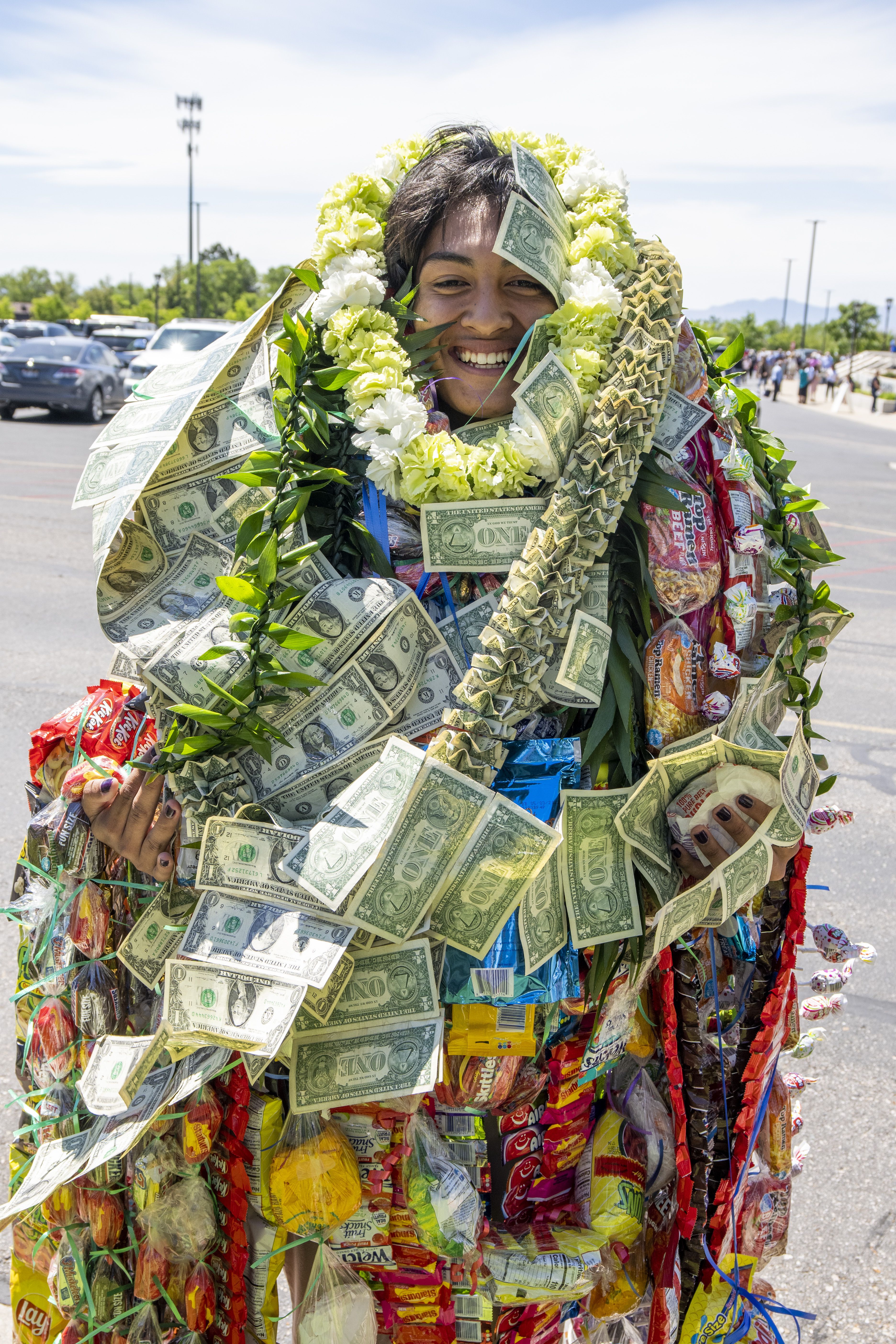 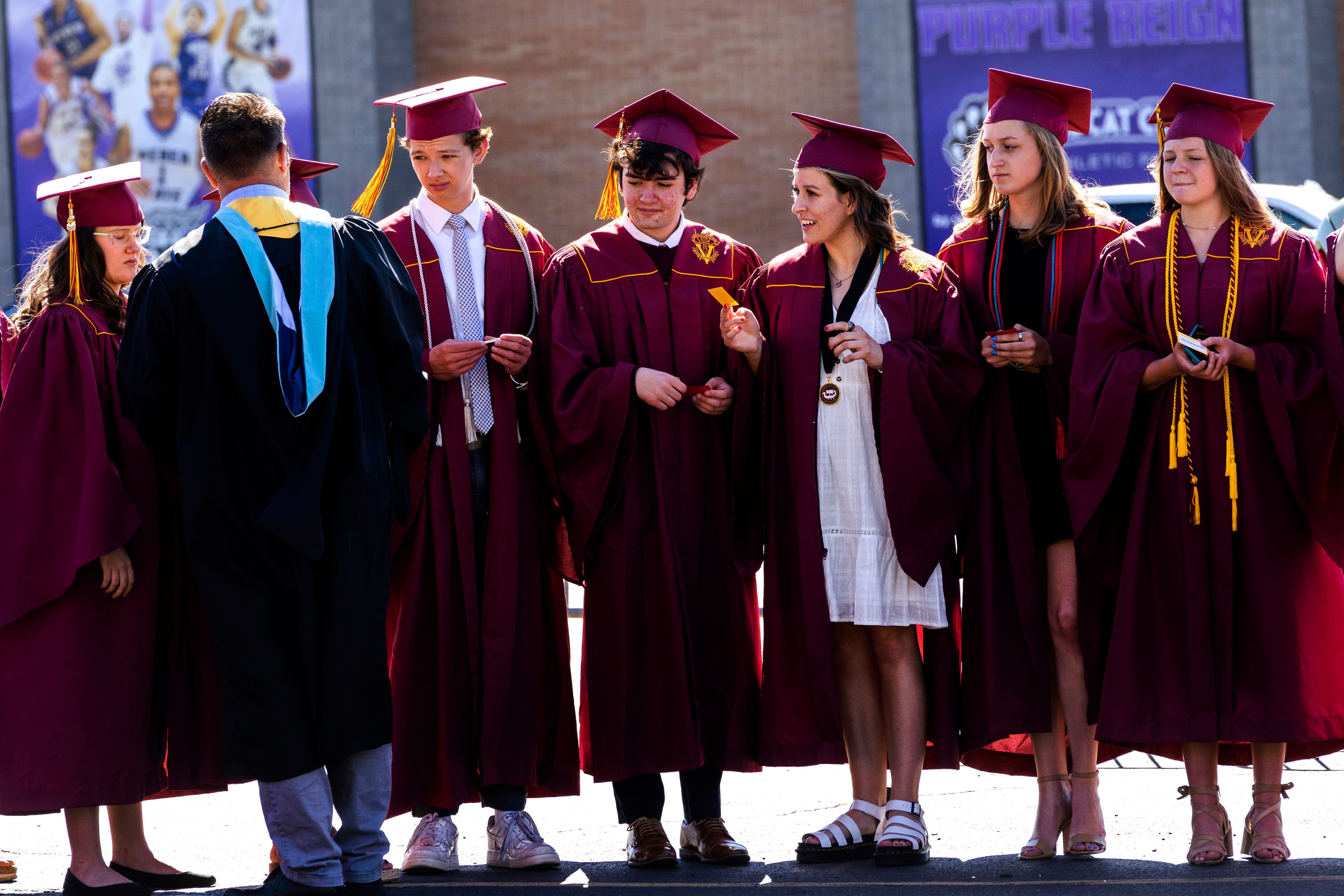 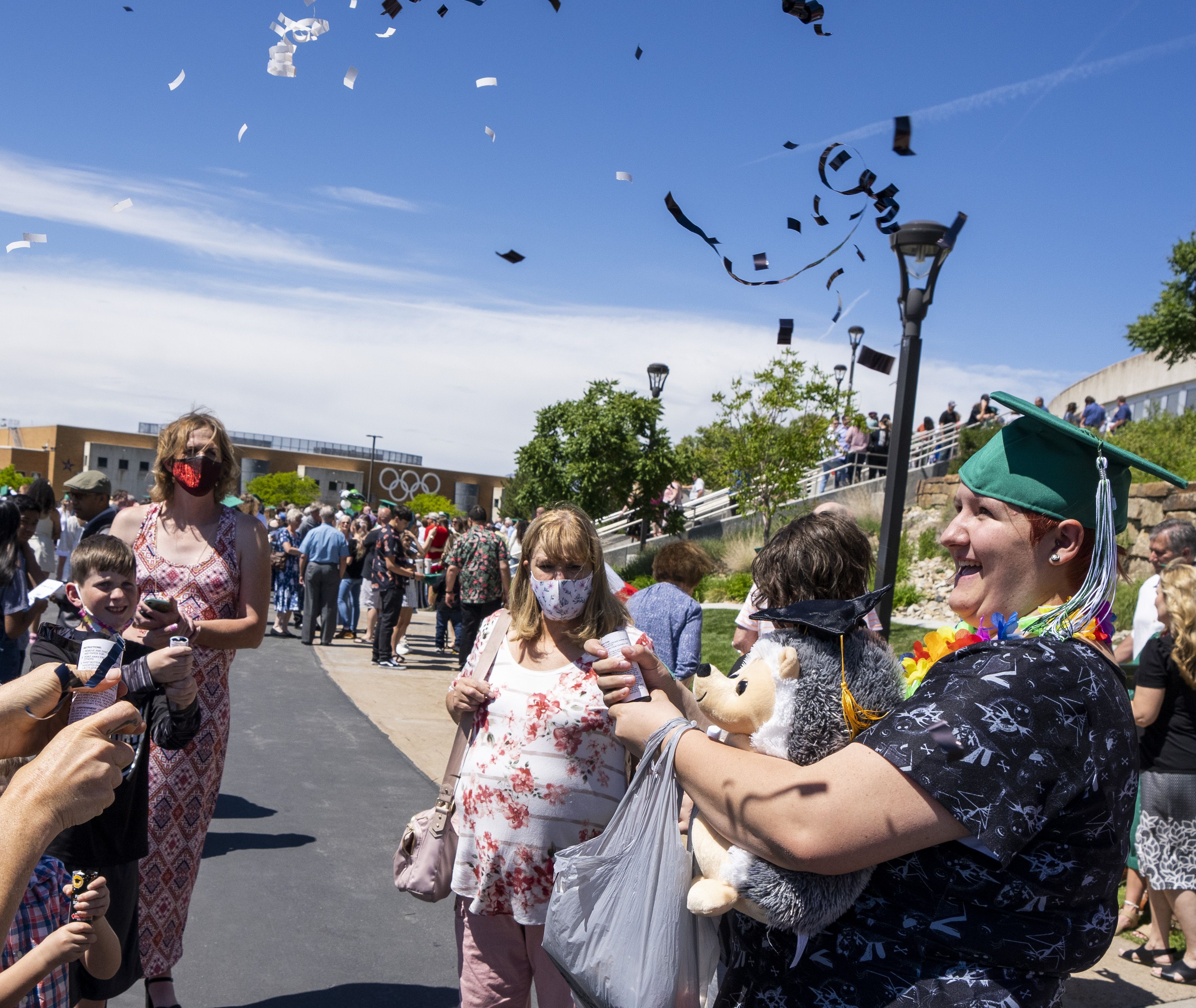 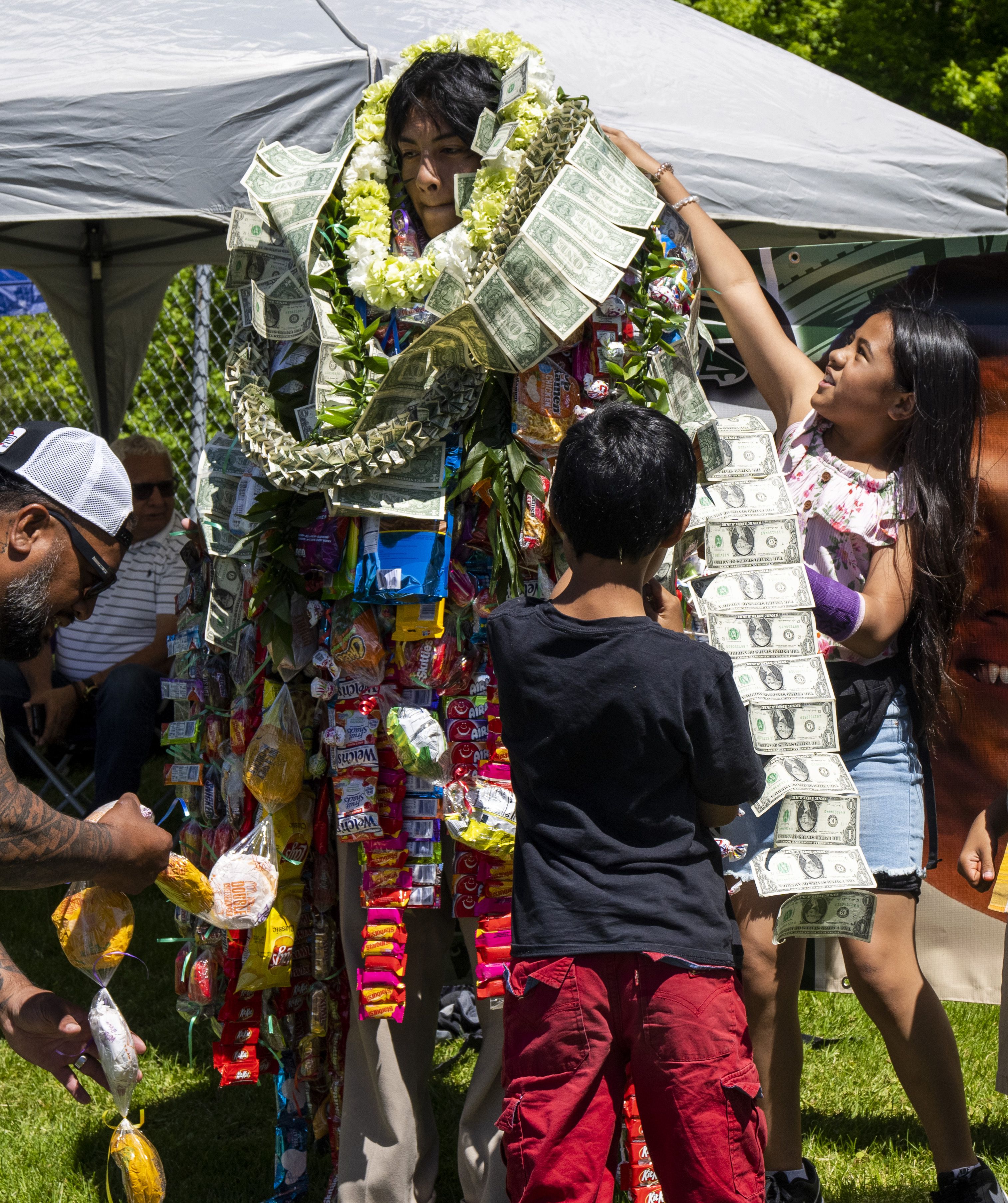 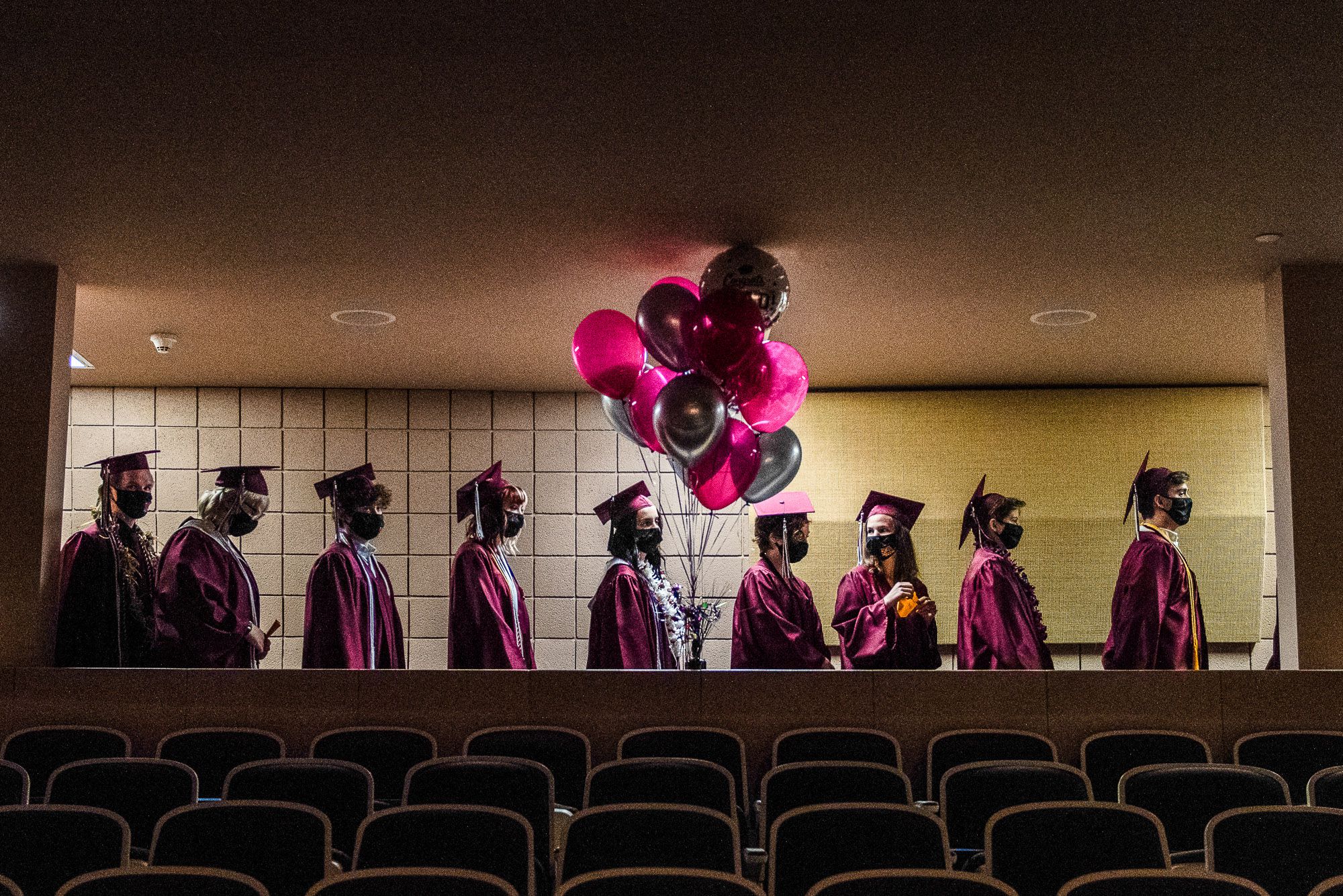 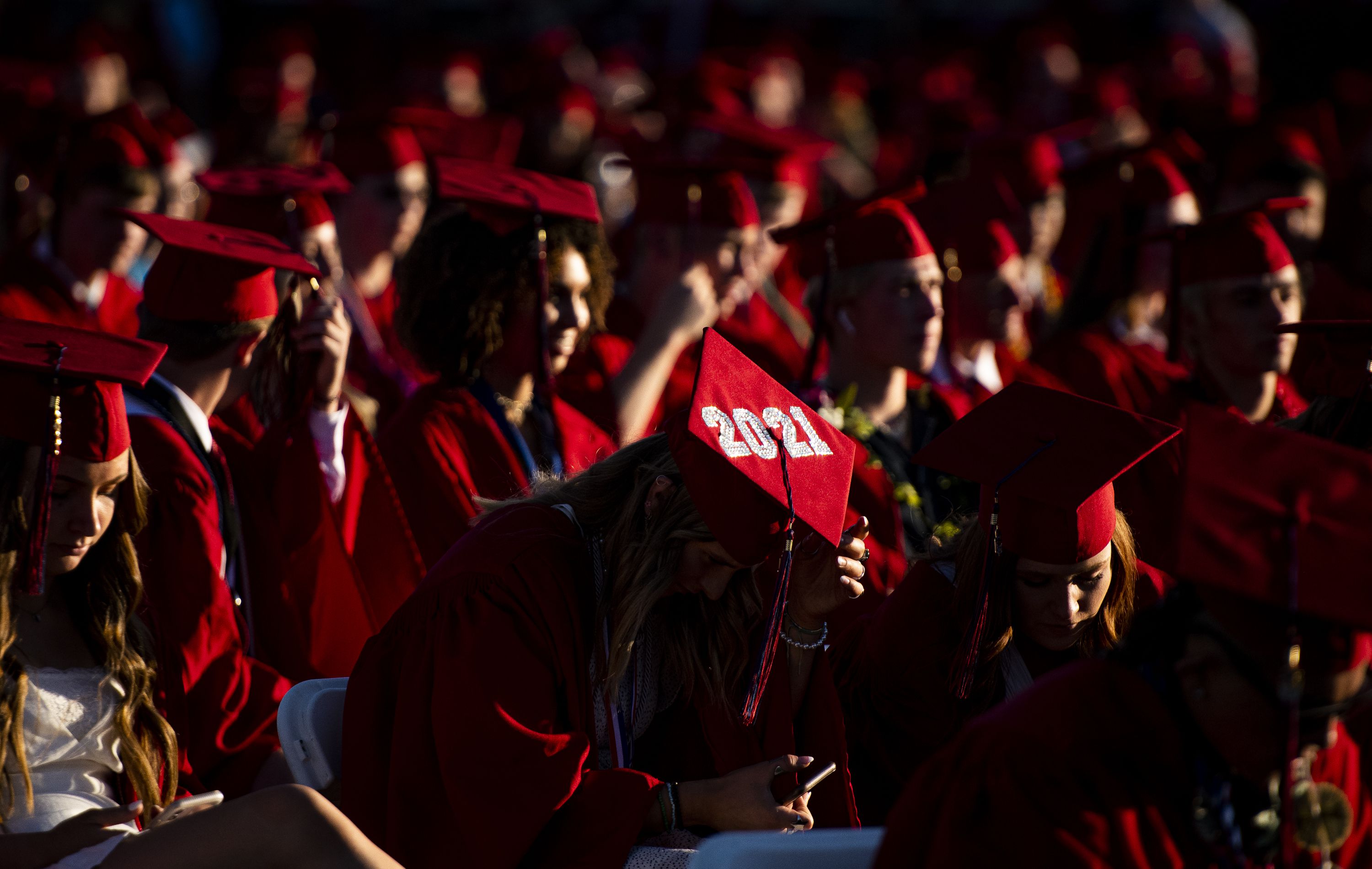 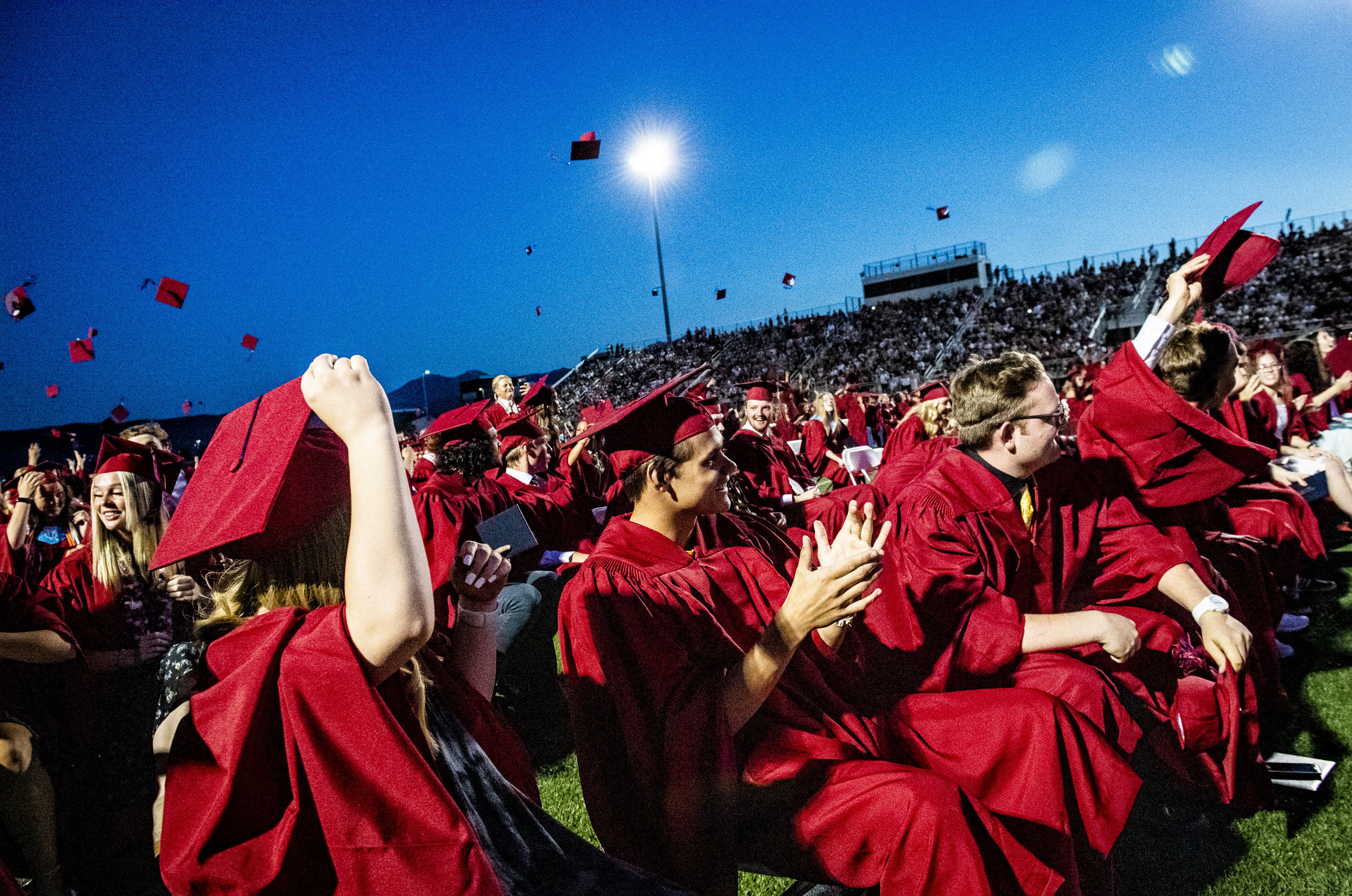 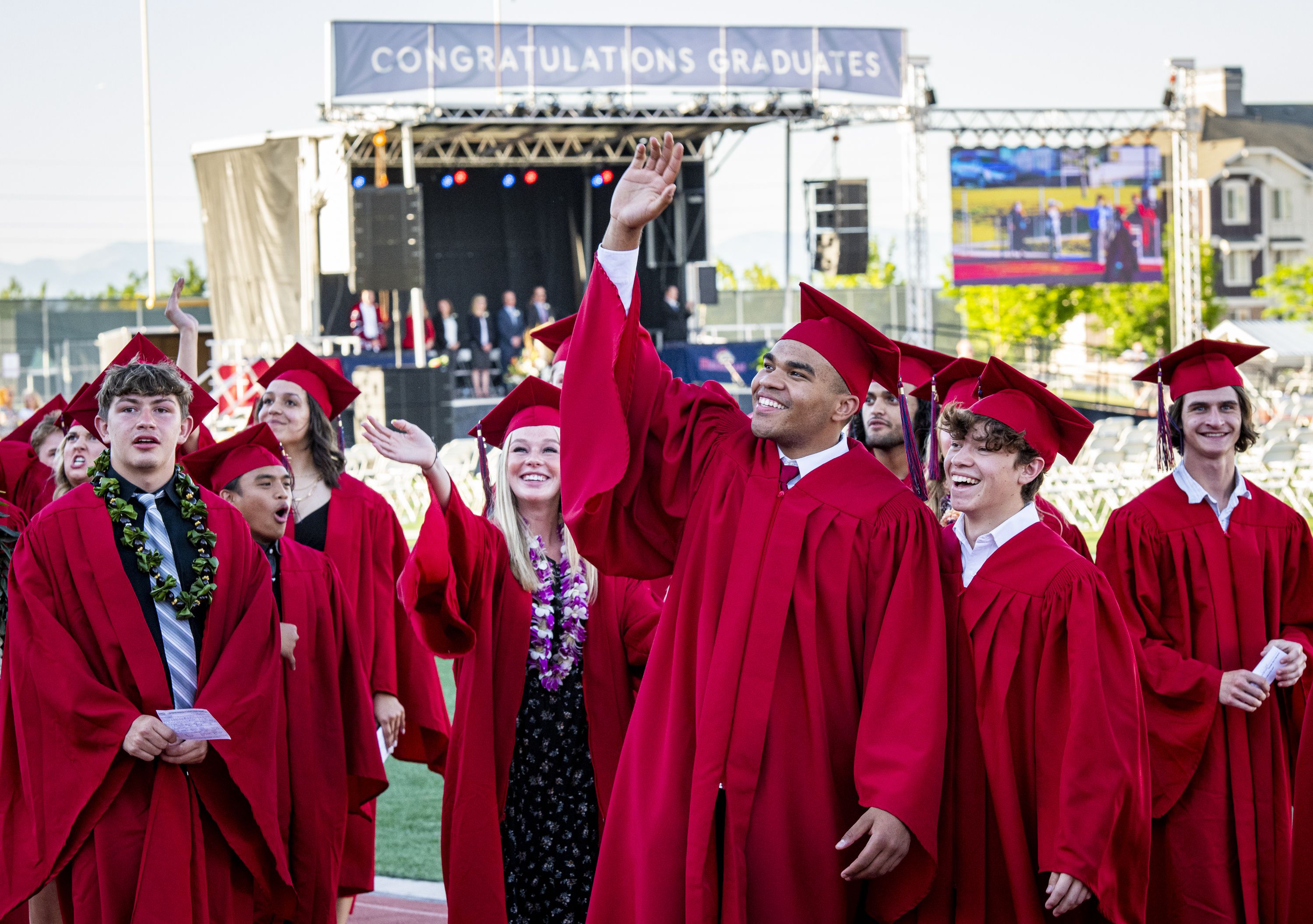 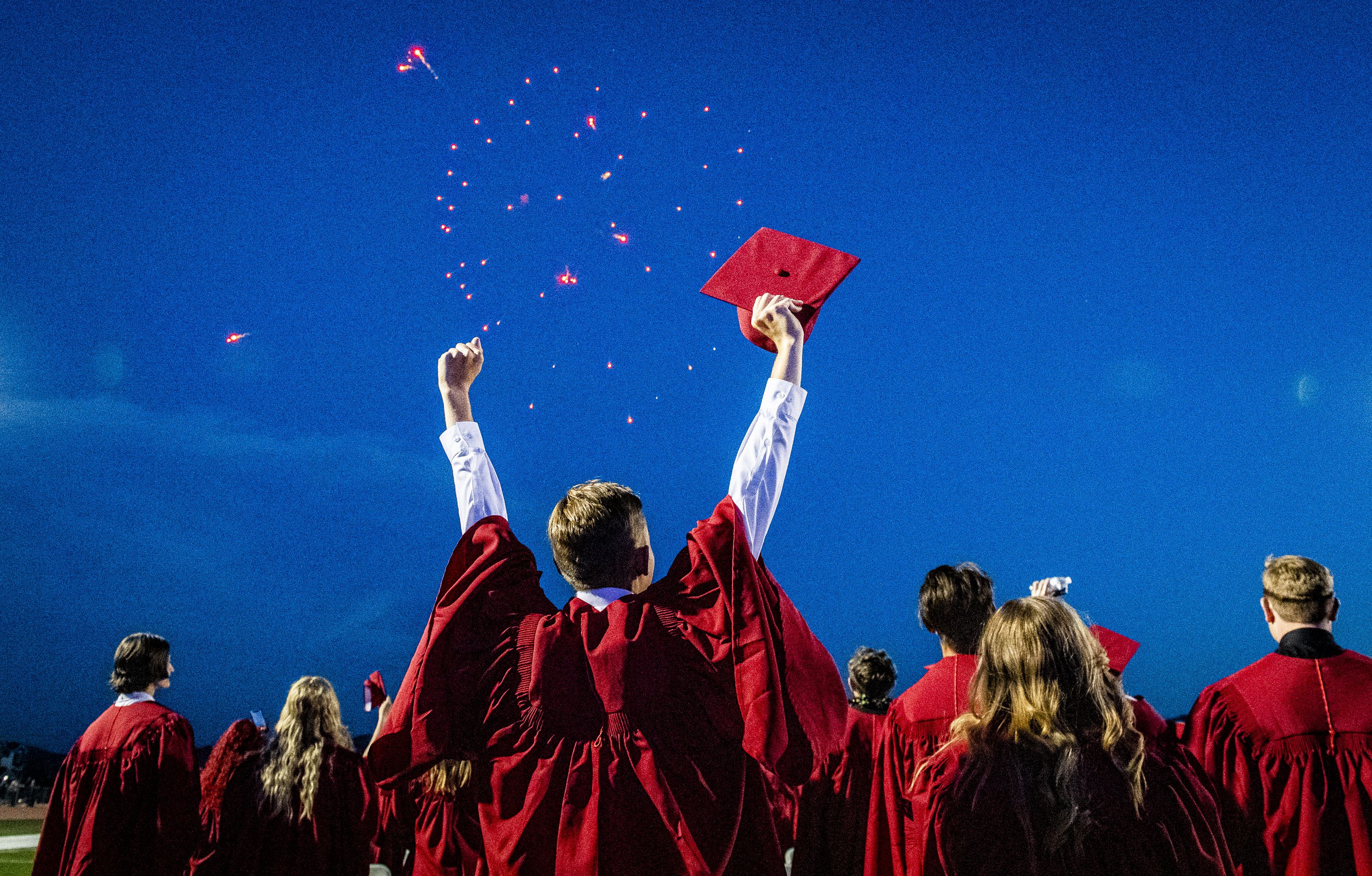 “Yes, there have been some negatives and hardships,” said one graduate speaking at Viewmont High. “This past year has been hard.”

At Clearfield High, students shared a moment of silence for those lost to the pandemic. Their principal, Christopher Keime, also encouraged them to soak in the moments that they were able to be together in person for the ceremony. “We know better than to take them for granted now,” he added.

West High senior Jennifer Echeveste said during her speech that she was grateful that her father could be there to see her walk across the stage to get her diploma. He’d been in and out of a hospital this year during his battle with the virus.

“His absence,” she said, “has made me feel empty in a way that I’ve never experienced.”

Her speech was about “la lucha,” the Spanish word for fight or struggle. That’s what this year has been, Echeveste said.

At East High, Emma Leone Davies described it as “chaos all around us.”

“We have gone through so many things that other high school classes have never navigated,” she said.

Her speech came in the form of a letter to her dad, who died from pancreatic cancer, she said, when she was a sophomore. She talked about the things she wished he could have seen and those, like the pandemic, that he would have never imagined.

It’s shaped her to be more resilient, she said. “And I love what I’m growing into.”

In the end, that was the message from seniors. It was a hard year, one that dashed their hopes and left them without many of the rites of passage of high school. It was different and they are different.

But among the tears, there were still stacks of flower leis, confetti and smiles.